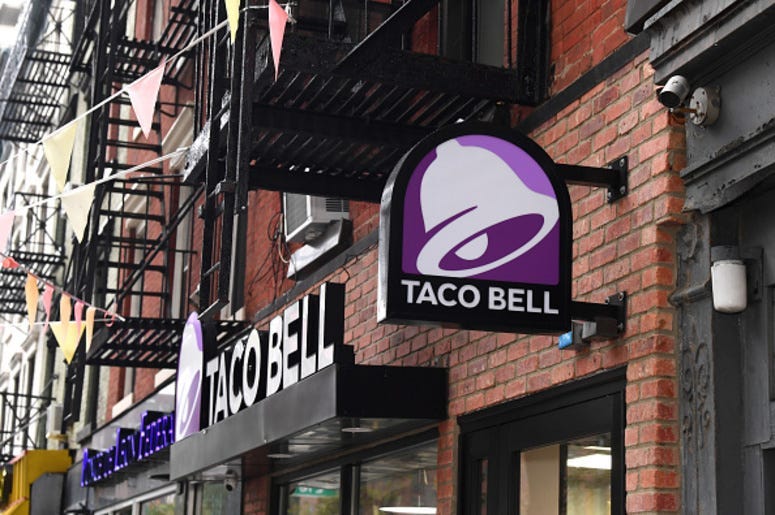 On any given day, some pretty wild things can be seen at a Taco Bell drive-thru, but this might top them all. Two brothers recently made the trip to Taco Bell, just like anyone else. Only difference was, they were riding horses.

Carlton and Christopher Brown of Ohio were recently riding their horses, Jitterbug and Star around town, when they decided to stop off for some lunch. The two brothers decided to head to Taco Bell, but instead of going inside they took their rides to the drive-thru. Christopher posted a video to his Facebook page of the horseplay.

The video has now been viewed over 3,000 times. While many found the video shocking, the two brothers, who have been riding horses since they were kids, felt it was just another day. “Some people like to ride bikes, and we ride horses,” Carlton joked.

Now the two brothers are planning to start a YouTube channel based on the success of their Taco Bell drive-thru shenanigans. In case you were wondering, the brothers went home with a Crunchwrap Supreme, a hard shell taco, and a small Baja blast.