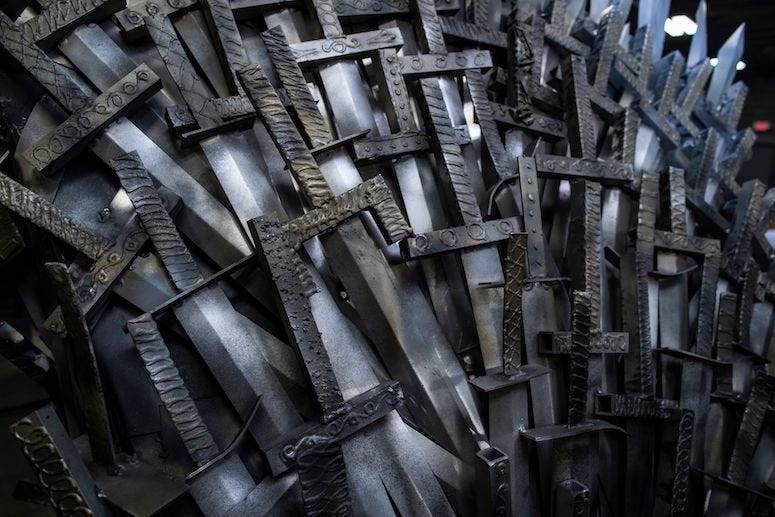 "The Battle of Winterfell" is considered one of the show's best, but viewers have all locked in one aspect of the episode that they all have a gripe with:  It was just too hard to see!

The epic battle took place at night, and as such, it was incredibly dark.  Viewers took to social media to express their criticisms, saying the episode was too hard to see.

#GOT was so dark tonight, it was had to see #BattleOfWinterfell pic.twitter.com/S9eYPCR1XB

Me trying to see who is dying with this dark ass screen #BattleOfWinterfell pic.twitter.com/dItq6FbhcO

Me looking at this battle in the dark #BattleOfWinterfell pic.twitter.com/n2Re6BRlQZ

Well, Thrones cinematographer Fabian Wagner had heard enough, and clapped back at fans complaining the scenes were too dark, by saying they should've learned to set their television's settings properly.  He said in an interview with Wired, "A lot of the problem is that a lot of people don’t know how to tune their TVs properly,” he said. “A lot of people also unfortunately watch it on small iPads, which in no way can do justice to a show like that anyway."
Despite the criticisms, Wagner is happy with how the episode turned out.  "Personally I don’t have to always see what’s going on because it’s more about the emotional impact…Game of Thrones is a cinematic show and therefore you have to watch it like you’re at a cinema: in a darkened room.  Everything we wanted people to see is there."