Alex Gaskarth is a very busy man, to say the least. The All Time Low frontman is currently working on a slew of ventures that span from becoming a part owner of a beer company, to writing an album, to gearing up for his side project’s first ever tour. 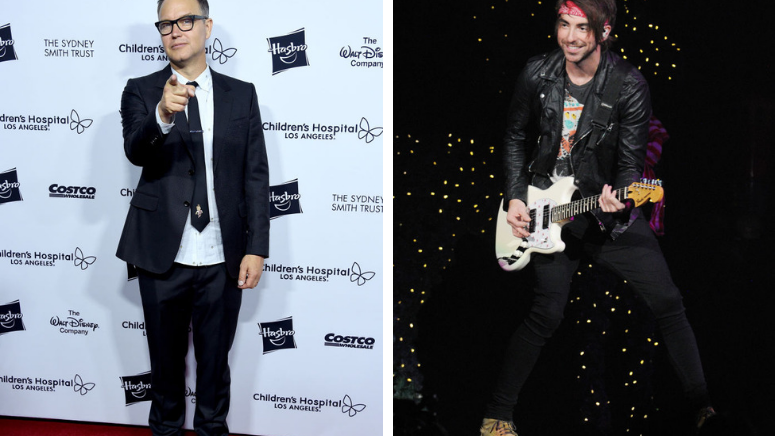 Alex recently revealed that All Time Low was planning on taking time away from the band to allow themselves to recover from a grueling tour and album release schedule. The announcement came just as his new duo with Mark Hoppus, Simple Creatures, was diving into their first releases. Fans expected Alex to focus on Simple Creatures for the rest of the year, allowing both he and Mark a fresh place to put their creativity.

In an interview with The Music Podcast, Alex revealed that work on All Time Low’s follow-up to Last Young Renegade has actually already started.

"I just spent a few weeks in Nashville at Rian's studio, starting to form ideas. It's nice, we have an amazing head start on the whole thing and there's already pictures forming which is a nice way to approach it," he explained of working through the early writing stages with drummer Rian Dawson.

He expects the album to drop in 2020 and is still currently focusing on Simple Creature’s March 29 album release. Their first-ever live shows kick off in Los Angeles on March 28 and the band just dropped another single from the upcoming Strange Love.

Listen to “Adrenaline” in the cover video above.

Updated info! NYC is now at @MusicHallofWB. US tickets on sale at 10am local time on March 13 and London on sale 9am GMT on March 15 https://t.co/P8CmYI0M8e pic.twitter.com/Zw3fjX08nM

Blink-182 is also currently gearing up for an album they expect to release in just a few months. Get more updates on the record they’re dropping before July’s Vans Warped Tour Dates here.