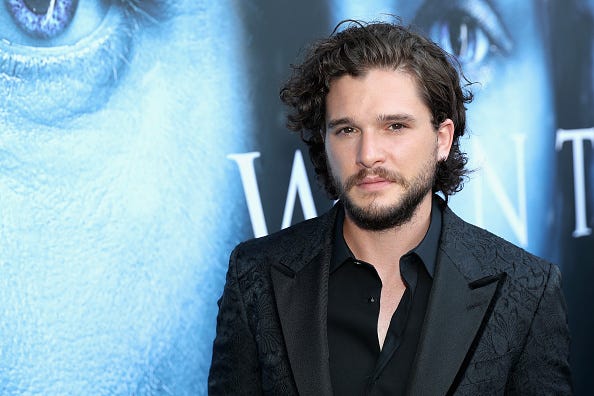 “Game of Thrones” fans seeking solace over what they considered to be a shoddy final season of the show will just have to find comfort in a fake apology video featuring Jon Snow that surfaced over the weekend.

A fabricated, “deepfake” video of Jon Snow has surfaced, showing Kit Harington’s character making a speech to the nobles of Westeros about the disappointment that was season 8 of “Game of Thrones.”

From the coffee cup blunder to the oversights involving the seeming regrowth of Jaime Lannister’s severed hand, Jon Snow's deepfake leans into the final episodes of the series, leading up to the ceremonious burning of the season 8 scripts.

“I have more lines in this video than I had in the last season. I’m sorry for that,” Jon Snow laments.

Harington isn’t the only person who has fallen victim to a viral deepfake. Video editing connoisseurs have used AI doctoring techniques to put words in the mouths of many controversial icons.

Mark Zuckerberg suffered the effects of a recent deepfake when a video surfaced of him explaining his essential control over the future.

While these deepfakes can be deeply entertaining to upset fans, the reality for the stars of “Game of Thrones” remains the same. Many of the show’s actors have made statements in recent weeks explaining their stance on fans who believe the final season was thrown together.

“I know how much work was put into this,” Harington says of season 8 to Esquire.

Sophie Turner also had her share of thoughts on the matter when she learned of the viral petition urging showrunners to remake the final season.

“So many people worked so, so hard on it, and for people to just rubbish it because it’s not what they want to see is just disrespectful,” she revealed to the New York Times.