Prince William and Prince Harry are often photographed spending quality time with their children, but a royal loophole means that one day, they won’t have custody of their kids.

A centuries-old British law says that royal parents don’t have custody of royal grandchildren, but rather, that the sovereign does. Because William and Harry’s children are great-grandchildren of Queen Elizabeth II, their parents technically have custody of their children. When their father Prince Charles becomes king, he will gain custody of George, Charlotte, Louis, and Archie. 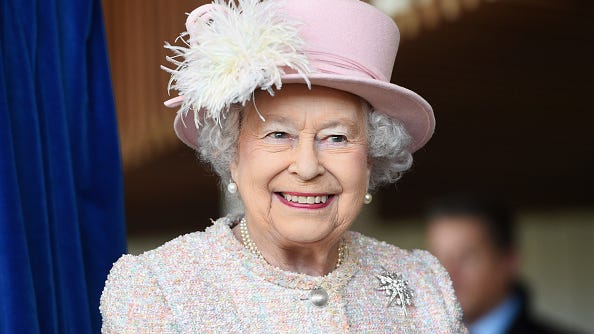 According to Harper’s Bazaar, the law was created by King George I in the 1717 because he had a bad relationship with his son and wanted custody of his grandchildren. The law was once again legislated in 1772, and has remained on the books ever since.

The law states that the ruling monarch is in charge of the royal grandchildren’s care and education, decides where they live, appoints “their governors and governesses” and can even approve or disprove their marriages.

Royal expert Marlene Koenig told Newsweek that the royal family mostly treats the rule as a technicality and that most parenting decisions are left to the parents. However, there have been several instances in which the ruling monarch, and not the parents, made a final decision about a royal grandchild’s upbringing.

Prince Charles used to have to ask his mother’s permission to take William and Harry to Scotland when they were boys, and shortly before her death, Princess Diana was not given permission to take her sons with her on a trip to Australia. WATCH: The trailer for the new season of ‘The Crown’ introduces Princess Diana

The crown decides travel arrangements because two heirs to the throne are not allowed to travel together to protect the lineage, which is why you almost never see Prince Charles and Prince William traveling together, reports People. Prince George, who is further down the line of succession, does travel often with his father, but it would not be surprising if, once his grandfather ascends the throne, that practice ends.

The law only applies to the first six royals in line for the throne. While Princess Beatrice and Princess Eugenie were under Queen Elizabeth’s custody when they were children, it is unlikely that their children will fall under the custody of any current or future monarch.