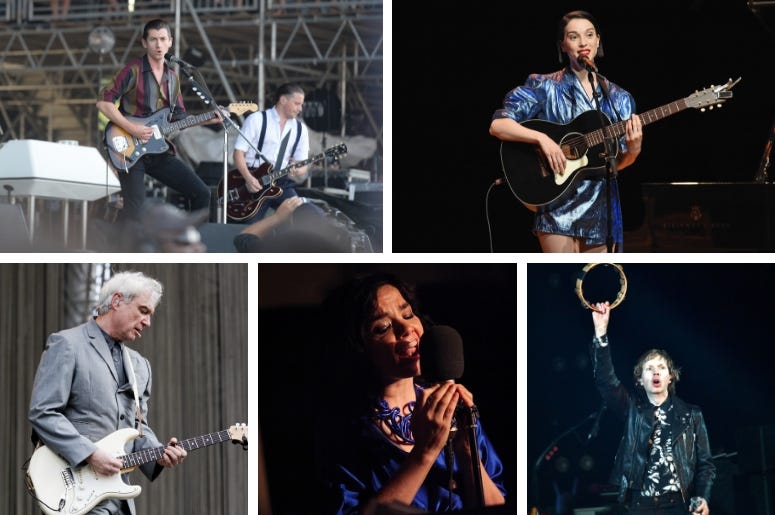 The 61st GRAMMY Awards ceremony is coming fast, and we want to know who you think will take home some hardware. The nominees for Best Alternative Music Album represent a variety of styles and experience levels. One-name veterans Beck and Björk continue to have staying power, with more than 20 studio albums and 35 GRAMMY nominations on their combined resumes. And speaking of veterans - former Talking Heads singer David Byrne made the cut this year. And while Arctic Monkeys and St. Vincent aren't exactly newcomers, the modern alt favorites are the babies in the field.