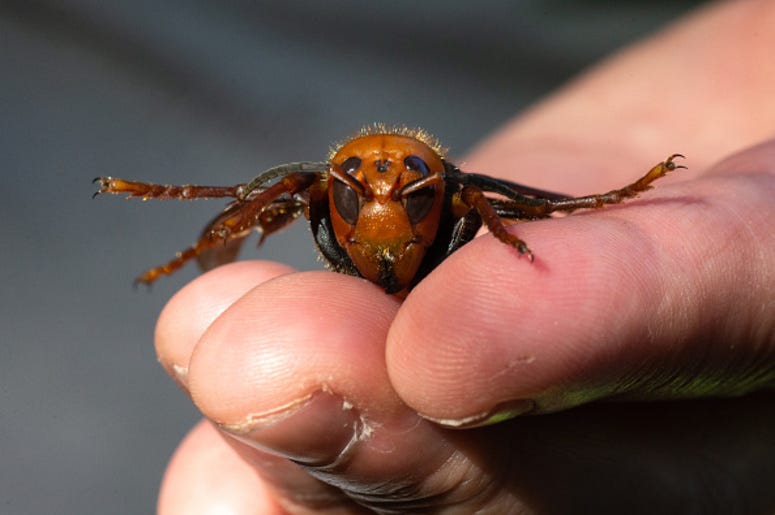 Back when murder hornets were first discovered in the United States earlier in 2020, many feared the aggressive insect would wreak havoc on the country. Luckily, it never got to that level, but they still remain a threat, as the first murder hornet nest was discovered in Washington last week. Now, the Washington Department of Agriculture has shared video of the containment process, and many online are very intrigued.

Got ‘em. Vacuumed out several #AsianGiantHornets from a tree cavity near Blaine this morning. Further details will be provided at a press conference on Monday. Staff not available for interviews before then. pic.twitter.com/31kgAUuJd0

As seen in the now viral video, the way the Washington Department of Agriculture was able to remove the Asian giant hornets from their nest by using a giant vacuum. “While Asian giant hornets normally nest in the ground, they are occasionally found nesting in dead trees. Dozens of the hornets were seen entering and exiting the tree while the WSDA team was present,” said the department.

The team that removed the murder hornets was wearing thick bodysuits and face shields for protection. They will continue their search of the area to make sure the murder hornets have not spread. If they did, there will be plenty of nest vacuuming videos to come.