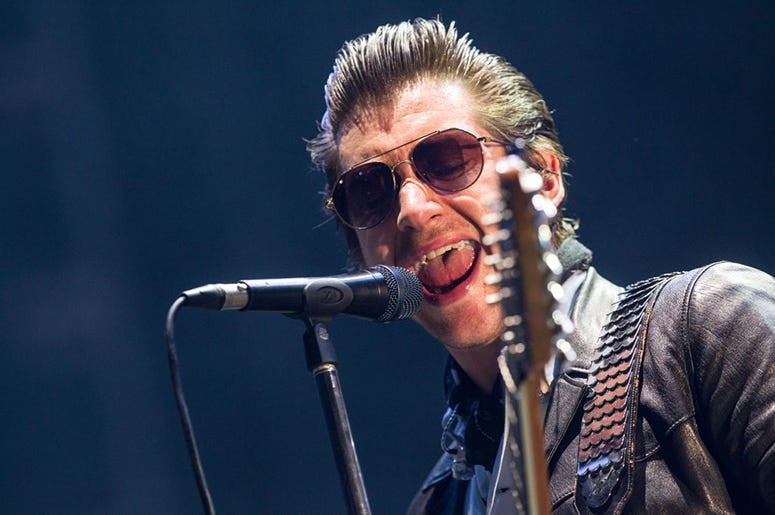 Arctic Monkeys are releasing a new live album, Live at The Royal Albert Hall, on December 4.

The set was recorded during the British rockers' June 2018 show at the famed London venue, and raised money for the War Child UK charity organization. Proceeds from the album will continue to support War Child UK, which is facing a large deficit in 2021 due to the COVID-19 pandemic.

On June 7 2018 we played a special show at London’s Royal Albert Hall. All proceeds from that night were donated to @warchilduk in support of the vital work they do protecting, educating & rehabilitating children who have experienced the trauma of conflict and the horror of war. pic.twitter.com/nsGsbLprc3

"On June 7, 2018, we played a very special show at London's Royal Albert Hall," Arctic Monkeys say in a statement. "All the proceeds from that memorable night were donated to War Child UK in support of the vital work they do protecting, educating and rehabilitating children who have experienced the trauma of conflict and the horror of war."

"The situation that was bad in 2018 is now desperate and those children and their families need our help more than ever," the band adds. "To enable War Child UK to reduce their funding deficit and continue their valuable work, we are happy to be able to release a live album, recorded that evening at The Royal Albert Hall."

Here's the Live at The Royal Albert Hall track list:

"Four Out of Five"
"Brianstorm"
"Crying Lightning"
"Do I Wanna Know?"
"Why'd You Only Call Me When You're High?"
"505"
"One Point Perspective"
"Do Me a Favour"
"Cornerstone"
"Knee Socks"
"Arabella"
"Tranquility Base Hotel & Casino"
"She Looks Like Fun"
"From the Ritz to the Rubble"
"Pretty Visitors"
"Don't Sit Down 'Cause I've Moved Your Chair"
"I Bet You Look Good on the Dancefloor"
"Star Treatment"
"The View from the Afternoon"
"R U Mine?"

See Also: From plays to weed: How bands like The Killers + Green Day got their name