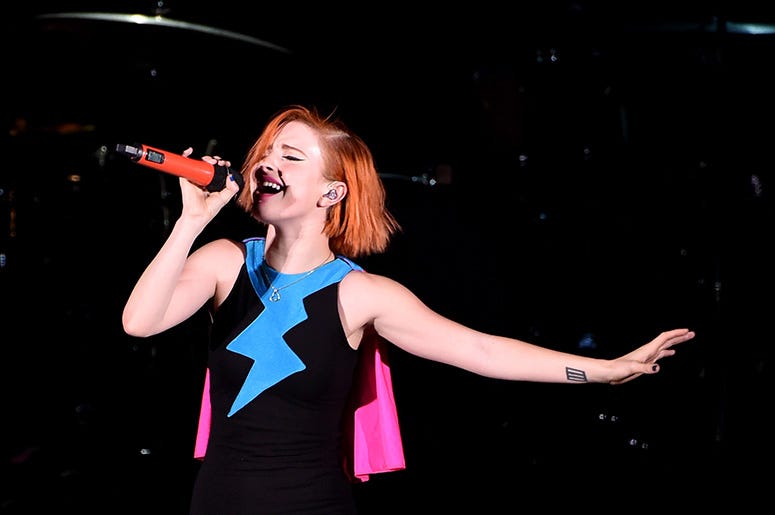 The post began circulating after a fan posted a screenshot of Farro’s supposed message to Twitter. The at times belligerent harangue equated homosexuality with pedophilia and labeled gay identity as “a perversion."

not josh farro being openly homophobic to cap off 2020 pic.twitter.com/VuQ02ZDGSP

Williams took notice and responded with swift condemnation for the former bandmate. “There’s a reason there are only 3 people left in @paramore. surprise, haters, it ain’t cause of me,” the singer tweeted. "Paramore do not condone religiously/politically dogmatic beliefs which leave our LGBTQ+ friends, fans, & family feeling abandoned and hopeless.”

“And ya know, if that doesn’t jive with you, well, feel free to go to where all past members of paramore have gone which is literally anywhere else but paramore,” the singer said.

and ya know, if that doesn’t jive with you, well, feel free to go to where all past members of paramore have gone which is literally anywhere else but paramore.

to paramore’s LGBTQ+ family (and @ColormeBrian i am talkin straight to you) you are full of love and you are loved.

Hayley’s connection with Paramore remains despite her Petals For Armor I EP, back in February. Speaking with RADIO.COM, she says the creative detour does not constitute and end for the band. “There will be more Paramore shows,” she said. “I was talking to the guys about this just the other day, because we’re finishing mixing the record right now in a space in LA. And Zac [Farro] rents one room and me and Taylor [York] in the other space doing this project.”

Williams has also released her cover of Radiohead’s “Fake Plastic Trees,” as part of her series of "self-serenades," which has included a variety of acoustic covers and renditions on her own songs amid the COVID-19 pandemic.