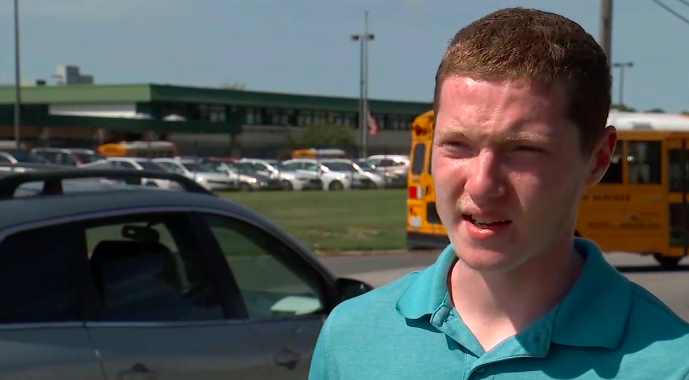 Stow’s mother and father both said they stood behind his protest.

“Kids need to be in school every day,” his mother, Nora Kaplan-Stow, told the outlet. “Virtual learning is not learning.”

In a statement posted to its website on Wednesday, the William Floyd School District said it "agrees with Maverick’s position that school should be held in person five days per week."

"However, we must follow the social distancing requirements set forth by the state; and, when it is deemed safe to do so by our government and health officials, we will gladly welcome all of our 8,800 students back," the district wrote. "It is important for Maverick and his family to understand that we do not set state policy, enact laws or write executive orders, but we do abide by them."

The district said Stow showed up to school on Wednesday morning as well, despite the suspension, and "continued to display insubordinate behavior — even at one point squaring up to a district official and stating that the district would have to 'forcibly remove' him from school grounds."

"As a district, we must work to ensure a safe and disruption-free environment for students who are following the rules and showing up to learn," the district said. "We take school safety seriously and since he has escalated this situation, the police are now involved."

"When a student is suspended off of school grounds for any reason, we cannot and will not tolerate students trying to gain access to our grounds or buildings," it added. "We work extremely hard to ensure the safety of our students and staff."