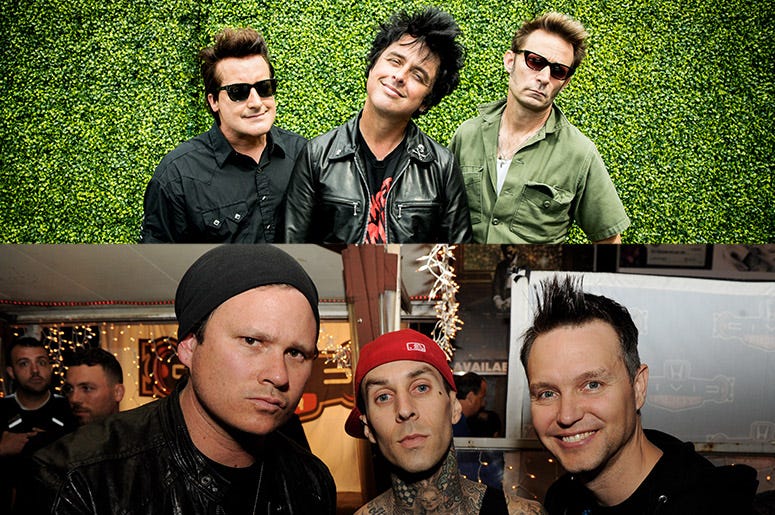 There was a time when blink-182 and Green Day were considered mortal foes among the music world. It was 2002 and both groups were well into their primes. In order to clear the air, and maybe make money, the punk rock bands created the Pop Disaster Tour. It was a collaborative concert series featuring both groups on stage. We now know that was a once in a lifetime experience.

During a recent Twitch stream, Blink bassists Mark Hoppus dropped a bomb shell on users who were curious to see the Pop Disaster Tour, Part Deux. “I’ll blow all your minds rn,” Hoppus responded to a comment. “We asked Green Day to do Pop Disaster 2 and they said no. We asked them maybe two years ago?”

Twitter user @blink182italia screen grabbed the apparent conversation. Mark went on to also address the status of blink-182’s long-awaited EP. “The EP is now being discussed as ‘late this year/early 2021’ maybe it just becomes an album,” he said.

More highlights from Mark’s Discord server! A lot of news you guys have long been waiting for, from new blink-182 music, to new signature basses, to Pop Disaster 2! Make sure to read the whole 8-tweet thread—and most importantly, join Mark’s server!

Blink made a triumphant return to 2020, releasing the single “Quarantine.” Recorded while under lockdown, Hoppus sings, "Quarantine, f*** this disease, I’d rather be on Star Tours or stuck at the DMV. Quarantine, no not for me, I thought that things were f***** up in 2019. F*** quarantine."

Timely, rude and completely on point. Damn, we missed blink-182.