A rare opportunity to see a distant planet is on the horizon.

According to NASA, Uranus will be located "right between the Moon and Mars" on the night of January 20. While typically difficult to see without a computer-guided telescope, you should be able to spot the faint, blue-colored outer planet roughly two hours after it gets dark.

"Scan your way over from Mars toward the moon," a video from NASA described. 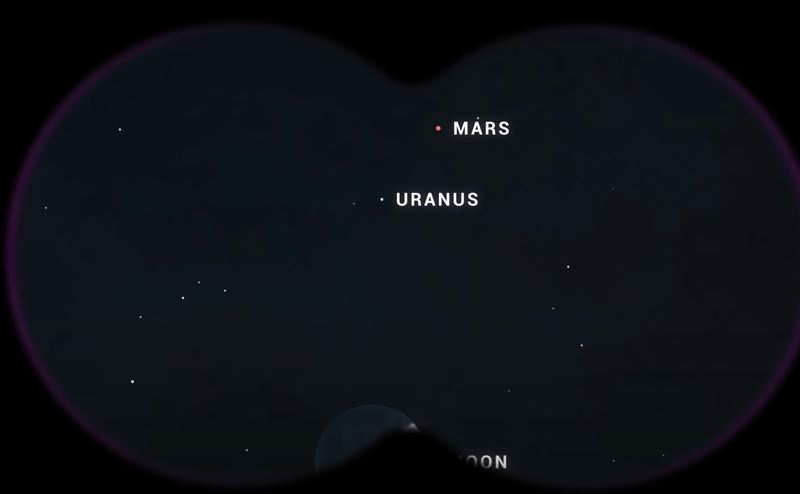 The visual layout of what you'll see in the sky on January 20. Photo credit NASA

A telescope or binoculars should do the trick.

Like its neighbor Neptune, Uranus has only been visited by a single spacecraft.

That was NASA’s Voyager 2 over three decades ago. 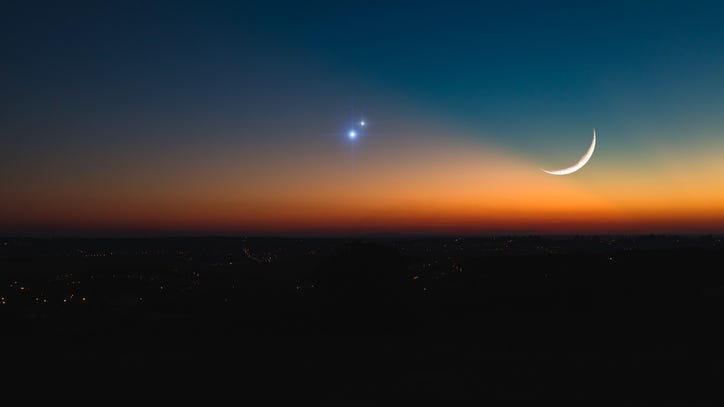 Mercury, Jupiter, and Saturn will shine in a rare 'triple conjunction'