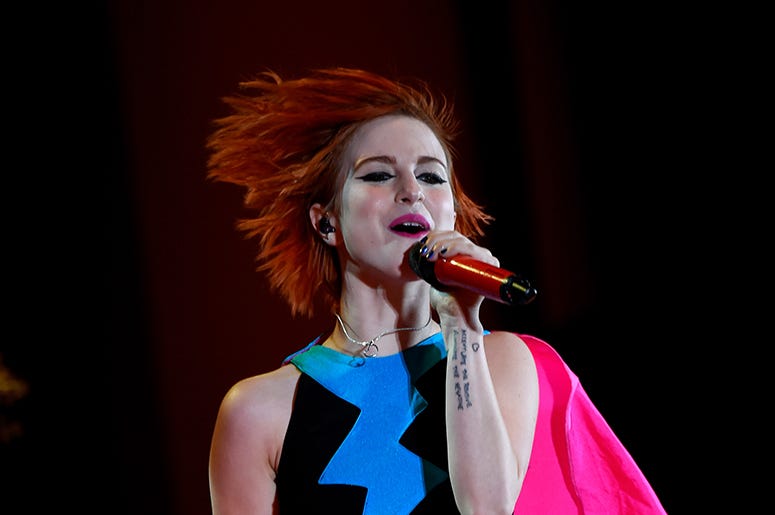 Hayley Williams celebrated her birthday by throwing back to a past era.

The Paramore frontwoman turned 32 over the weekend, and marked the occasion by unveiling a new, orange hair color reminiscent of the look she sported during the band's Riot! album cycle back in 2007.

"32 and back to my roots," Williams wrote in an Instagram post accompanying pictures of the hair debut.

In the comments, she added, "And yes the towel was a cover," referring to her headwear during a performance for the virtual Ally Coalition benefit concert last week.

Williams had been wearing her hair blond for Paramore's most recent album, 2017's After Laughter, and for her debut solo record, this year's Petals for Armor.

Though Williams may have just been changing her hair color, Paramore fans are speculating that it may signify the beginning of a new album cycle. The ParaFamily is very much primed for any kind of news after the band hinted that fresh material could be in the works in a cryptic tweet earlier this month.

The tweet was in response Tonight Show skit, in which host Jimmy Fallon joked that after Taylor Swift surprise-released her new albums, folklore, and evermore, Paramore would release an album titled Taylor Swift.

"Jimmy, don't wake the pmore stans just yet," the band wrote, alongside a mysterious eye emoji.