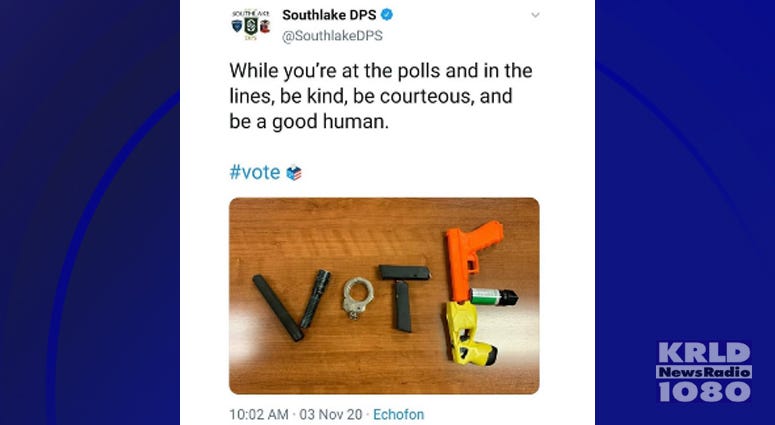 A controversial tweet by the Southlake police department is causing some serious backlash.

Southlake police are now apologizing for the tweet, which was posted and removed yesterday. It showed a photo of police equipment including flashlights, gun clips, handcuffs and a taser spelling out the word VOTE.

Police say the tweet was intended to encourage people to vote and be kind at the polls, but in an apology statement they say it quote “missed the mark.” The post got some serious backlash with many calling it tone deaf.

But not everyone thought it was offensive. People are also criticizing the police department’s apology saying they had nothing to apologize for.

The Southlake PD account has thousands of social media follower and is know for typically lighthearted posts.