Tash Sultana has spent the last hour or so tearing barefoot across a massive stage loaded with instruments from every walk of music anthology: electric guitar, pan flute, Nord Electro 6D keyboard, brass chimes, Boss RC-30 Loop Station, trumpet. They stomp with high knees to each piece of hardware, building a pocket of momentum that finally blows organic waves of sound across onlookers, most of them with eyes closed, waiting to ride that crest. It’s 2019. Concerts are still a “thing.”

It goes like that for a while until it’s time to play “Blackbird.”

“That’s my favorite bit of my show. I get to sit down after standing up for two hours and just connect,” they tell RADIO.COM earlier this week. Tash hugs the Stratocaster, closes their eyes and starts to play. It’s around that time concert goers open their eyes to see that high watermark of sound fade into the distance. Their energy rolls back and everything is clear.

Sultana, who’s non-binary and uses they/them pronouns, has carried that same momentum since the 2016 single “Jungle” crashed across the social media landscape. Fans soon marveled at their ability to rock a pan flute solo one minute and dominate a guitar the next.

Tash is a modest, multi-instrumental maestro who relied on hard work and an odd sense of self-deprecation to become fluent at an early age. “The trick is, don’t ever think you’re good at something, ever,” they said. “I’ve just thought, ‘well, other people can play it so that means I can.’ Surely we can develop similar abilities. It’s just about putting in the time.”

It was Sultana’s talent and matter-of-fact approach to music that caught eyes at Fender Guitars, and sparked collaboration. The two parties worked together to create the Tash Sultana Stratocaster, expected to drop December 3. A cherry red ax with a deep “C”-shape maple neck meant for hands to glide up and down the raised frets, eyes closed. “I always try and go for the cleanest tone possible, so absolutely no broken sound,” Sultana marvels about the guitar. “I like to get the width of the clean tone so when I’m going to a solo I can make it thin, and screechy... That’s what I went for with this guitar; tonal management.”

Their instrumental discipline was a far cry from adolescence.

High school was a choppy tide in Tash’s ultimate voyage to musical independence. Nothing flowed and everything seemed stagnant. “I never went to school, so going and studying something further than my final year of high school, which to be honest with you, I fluked the whole way through, if I was even really there.” So they threw themselves at the mercy of unknown. Sultana spent many years of adulthood busking (street performing) on the streets of Melbourne and working odd jobs.

Each meaningless paycheck reaffirmed their complete commitment to music. “I played gigs at the beginning for high school first, and then when I finished I was like ‘well, you need to get a job.’ I did two shifts at this culinary thing at the Melbourne show grounds. I was the water pourer for one shift, but I was so s*** at that they made me go home. I’m not good at this s***.” 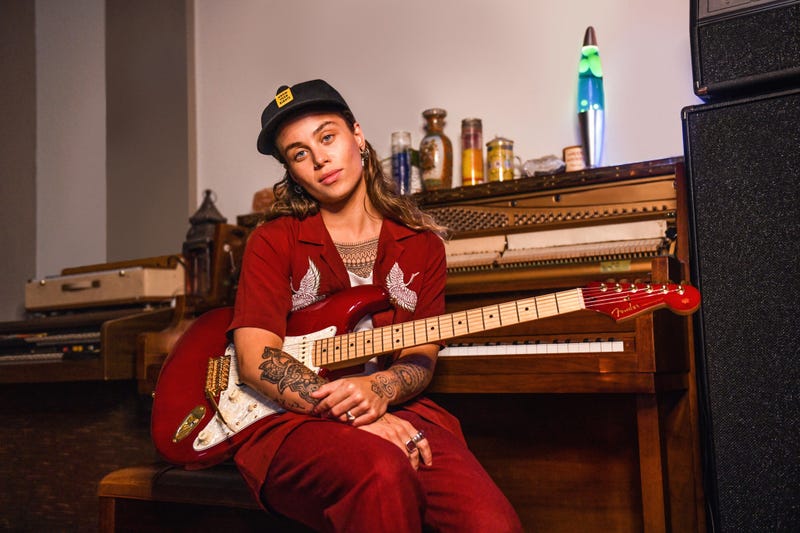 They continued street performing and grinding away. Tash’s hard work resulted in the successful EP Notion. From there, performances at Woodford Folk Festival and Southbound elevated their talent to the Australian national stage. Soon, plans were made for a world tour that push Sultana’s musical aspirations to the edge. “After coming back from a world tour a year ago, I was just wasn’t right,” they admitted. “I was stressed and bent out. I wasn’t eating properly. I wasn’t sleeping properly… I was going to sleep at 4 am and waking up at 3 pm for sound check.”

It was during that period Tash had a moment of clarity. The lucid and carefree lifestyle that defined so much of her music and personality wasn’t sustainable. Order was needed. A sense of oriented vision. “I’m super particular and OCD. The way I am as a person is almost like a solider, military schedule,” Sultana admitted. “When I’m on the road I have a very particular schedule. I need a task. I need a challenge and I need a structure. I don’t know if I could change that.”

What seemed like a moment panic and fear for most musicians around the world was a peculiar saving grace for Sultana, as the coronavirus hobbled tours and live performances. They’re completing production on a new album due out in February 2021. A socially distant November 28 show in Sydney is on the horizon. Sultana is eager to get back on stage, with a larger crowd. “The only audience I’ve had all year is my dog, so I’m f****** stoked.” 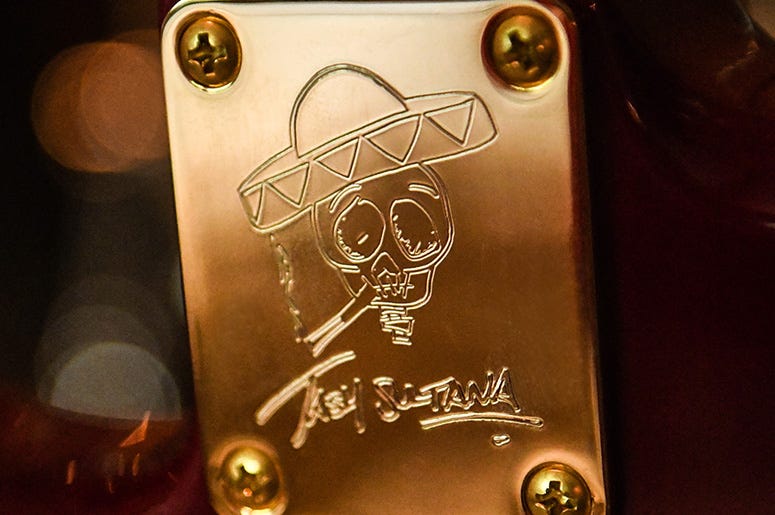 Time spent off the road provided the necessary peace to sort out 1,000 mile per hour thoughts crashing like musical notes in their head. The waters have calmed. Eyes open. “Now, I feel f****** great. I wrote an album, chilling at home, had a really great time with my family and my partner. We’re coming out the other side of lockdown now, and everything is getting back to normal,” Tash said.