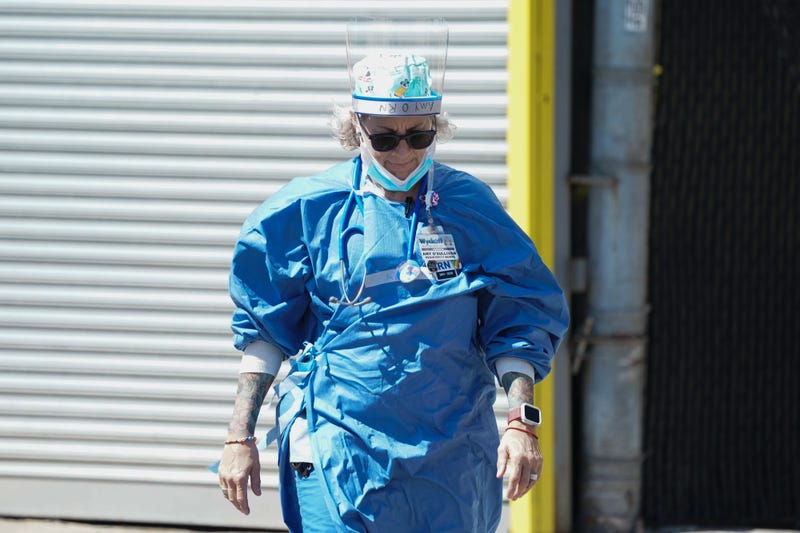 Amy O’ Sullivan, an ER nurse who has worked at Wyckoff hospital in Brooklyn for 18 years, has not only been on the frontlines treating patients with COVID-19, but she treated the first patient in New York City to be diagnosed with the viral disease. Shortly after treating the first COVID-19 patient, O’Sullivan herself contracted COVID-19, was intubated for three days, recovered, and returned safely to work just two weeks later to continue helping patients.

Amy’s heroism landed her on the cover of Time Magazine's Top 100 Most Influential People and this week she called into RADIO.COM's Kelly Ford on New York’s Country 94.7 to share her story and explain how she got right to work when the pandemic began.

“I had no idea I was going to be on the cover,” says Amy. She was the face to represent nurses around the world on the cover of the magazine. “Those nurses that I work with and every other nurse in the emergency room all around the world, that's what they all look like. They’re superheroes. You have to be special to be able to do this, and especially now…everybody is wearing capes, everybody is a superhero,” shares O’Sullivan.

Amy tells us that when the pandemic began to hit and the hospitals started to see an alarming influx in cases rapidly, she and her fellow nurses didn’t even question what they had to do. “I think the first two days we were all unsure, but after that, we were like ‘we gotta do this, we gotta take care of these patients.’ And that's what we all did, we all just went to work, we got dressed in the morning, we put our gear on, and we went to work and there was no stopping.”

The superhero of a nurse tells Kelly about a few key moments that have really struck her during the pandemic. Amy shares that she helped a woman get suited up in gowns and PPE in order to say goodbye to her husband, “and that was one of the few patients that actually got to say goodbye to their family,” explains the New Yorker.

O’Sullivan shares that New York’s Country 94.7 helped get her through some difficult mornings. She says she “would blast the station in her jeep.” Amy kindly adds, “you got me through the morning, every single morning I drove in. It's really because of you and the music… it made me feel good inside. It made me forget about what was going to happen.”

Amy O’Sullivan is not just a survivor, but she has helped save so many lives this year. Check out the full conversation above.