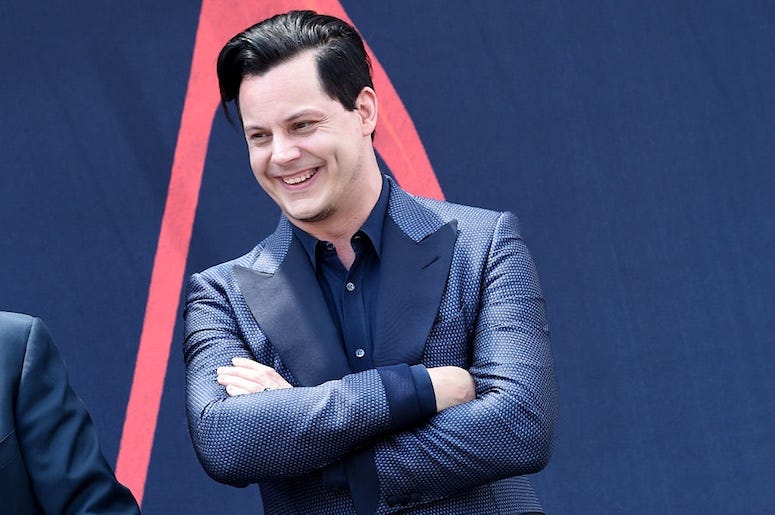 Part guitar gear nerd out, part comedy sketch, part timelapse, all fun. Even if you have no idea what he’s talking about, this Jack White video is probably the best thing you’ll watch today.

The video sees White giving viewers an inside look at his custom Three-Wheel-Motion Low Rider Telecaster electric guitar used in The Raconteurs song “Somedays (I Don’t Feel Like Trying).”

All in all, the video essentially shows the customization Jack’s made to his guitar and the technical transformation it’s had. That’s only telling part of the story. After a quick background on the guitar, the video segues into what looks like the basement of a music venue with Jack White and his guitar perched atop a stool.

As the sounds of ice cubes clattering immediately fill the background, White has no time to begin discussing the guitar before the camera pans to his Raconteurs bandmate Jack Lawrence fixing a drink at the bar. “Jack, you wouldn’t mind making me a drink while you’re over there, my friend,” White requests in a deadpan voice.

Naturally, White is given a green apple rather than a cup. Is there a drink inside the apple? Who knows, but hey, go with the flow here.

As White is discussing the intricacies of the guitar, he’s interrupted by the hand of the person behind the camera who points at a photo of two dogs hanging on the wall. “Look man, we’ll cut the dogs out in post!” White hollers. After more discussion about the guitar, the video transitions to Jack and his Raconteurs bandmates dancing. As we said before, this video is fantastic.

All jokes aside it’s impressive to see the amount of work White put into the guitar allowing him to customize it to his liking. His fondness for customization isn’t a new phenomena.

After all, his recent performance on Saturday Night Live saw him repurpose a blue Eddie Van Halen model guitar and don it on stage as a tribute to the late guitarist.