Lawmakers and White House officials have been in ongoing talks trying to work out another coronavirus relief package.

Time is ticking as the nation continues to wait for the prospects of the government approving a second round of stimulus checks by the end of the year.

According to CBS News, lawmakers could potentially still pass a scaled-down coronavirus relief package. However, experts say the amount will most likely not match the $2.2 trillion CARES Act that was signed in March, where Americans received $1,200 checks.

On Tuesday, a bipartisan group of lawmakers announced a new $908 billion stimulus proposal, which included $388 billion for small businesses and $180 billion in unemployment aid. Currently, the proposal does not include another round of stimulus checks, reported CBS News. It is also unclear if the proposal has the support of House Speaker Nancy Pelosi or Senate Majority Leader Mitch McConnell.

Democrats and Republicans still disagree on several key topics when it comes to a relief bill. Experts say even if Congress does pass a bill in December, it could take weeks for the IRS to deposit money into people’s bank accounts electronically. 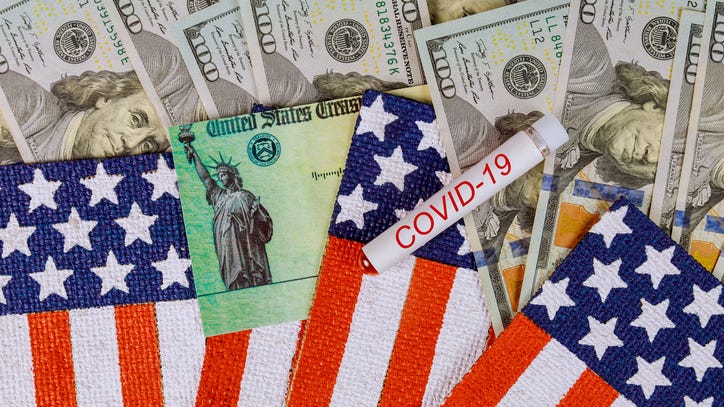 Economic experts predict that Congress will focus on passing legislation to finance the government after December 11th and avoid a shutdown.

What is holding up a second stimulus check for the nation?

On October 1, House Democrats passed an updated Health and Economic Recovery Omnibus and Emergency Solutions (HEROES) Act. When the House initially passed the $2.2 trillion bill in May, Republican lawmakers did not approve it.

A significant disagreement between the parties included whether the federal government should help cities across the nation struggling with funds. The HEROES Act would have provided more than $400 billion in funding for local and state governments.

Another issue holding up the process is both Republicans and Democrats still clash on what to do for unemployment aid.

With that being said, there is still a glimmer of hope that some stimulus aid will be approved by the end of the year.

"There is no reason — none — why we should not deliver another major pandemic relief package to help the American people through what seems poised to be the last chapters of this battle," Senator McConnell said Monday, according to Business Insider.

What could be included in that package is still unknown.