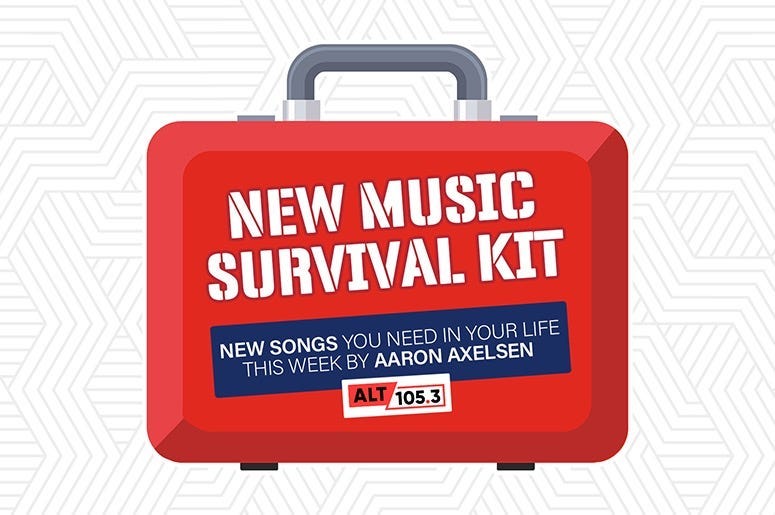 It's just a matter of time until fellow San Jose alt-rockers Smash Mouth make this new jam one one of their 'Mouth Picks' on Twitter but in the meantime, please check out this new bop from South Bay collective Peach Tree Rascals! So much future funk coming out of the Bay right now to lift your spirits and keep you dancing during the quarantine with not only these dudes, but also Moraga's Still Woozy and Berkeley's Toro Y Moi!

I personally don't smoke weed, not my thing, it messes with my softball and running addictions and besides, I get high off of new music like this brand new banger from LA duo Moby Rich! Fun Fact: they share the same management team with Lana Del Rey.

Major Lazer- lay your head on me (feat. Marcus Mumford)

On paper you're like "uh, what the F? Electronic/trap heavyweights Major Lazer and Diplo with folk-rock hero Marcus Mumford collaborating on a track together?" But when you actually hear the final product blasting through your smart speakers you're like "Whoa, what an epic tune!" or something along those lines.

Australia's The Avalanches are one of my top 10 favorite electronic producers of all-time, even though they've only released two albums in twenty years! (Two masterpieces though) Kinda cut from the same cloth as Gorillaz, The Avalanches deftly blend together sick samples, hip-hop, disco, funk and electronica to create an explosive and infectious sound. They haven't released new music since their critically-acclaimed 2016 album 'Wildflower', so needless to say when they dropped this new track last week, featuring nerd rock poster child Rivers Cuomo, i was pretty ecstatic!

Shallou is a talented future house, electronic producer from Washington DC, who grew up listening to Radiohead and Wilco thanks to his dad, and he's worked with a lot of fantastic producers, including The Knocks, Hotel Garuda and Petit Biscuit. He just dropped an excellent new album last week 'Magical Thinking' featuring this downtempo gem "Good Together" with San Jose's own Ashe on guest vocals. Could be a summer anthem once we victoriously emerge from this damn pandemic!