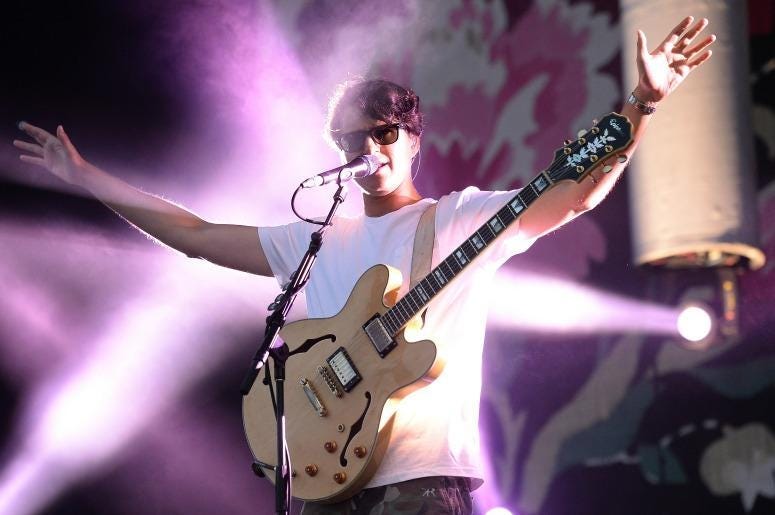 The new decade has had a rough start, but hopefully things will start looking up...we're now ten years removed from 2010. It's amazing to see how much some of our favorite bands have evolved in just 10 short years, some leaving and returning again in the time since, all of them putting an undeniable mark on us with their music.

Here's a look back at how the 10s began with some of our favorite albums from 2010.

The Black Keys - Brothers
Brothers was the sixth studio album from The Black Keys and the one that catapulted the band to another level, thanks to hits like "Tighten Up" and "Howlin' For You."
My Chemical Romance - Danger Days: The True Lives Of The Fabulous Killjoys

Vampire Weekend - Contra
The second part of the Vampire Weekend trilogy, another step on the way to something really special for the band who is nominated for Album of the Year at the 2020 GRAMMYs.
Linkin Park - A Thousand Suns
10 years after the release of their debut, Hybrid Theory, Linkin Park took a more electronic direction with their fourth studio album released in September of 2010.
LCD Soundsystem - This Is Happening

Weezer - Hurley
While Weezer's eighth studio album isn't particularly well-remembered, it did come out prior to their 'Memories' tour where the band played cities for two nights where each night they played either The Blue Album, or Pinkerton in their entirety.
Arcade Fire - The Suburbs
Arcade Fire's third album is one of their most critically-acclaimed and even took home the GRAMMY for Album of The Year.
Kings Of Leon - Come Around Sundown
This was the follow-up to Kings of Leon's 2008 breakthrough album Only By The Night and featured singles like "Radioactive," and "Pyro."
Broken Bells - Broken Bells