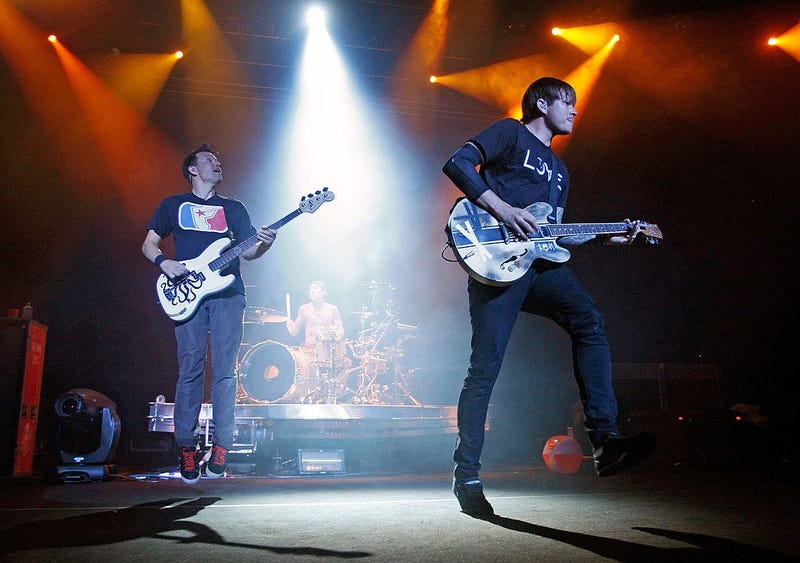 blink-182 kicked off their summer tour with Lil Wayne this past weekend, which sees them playing their album 'Enema Of The State' in full each night to commemorate the album's 20th anniversary. On Sunday, Mark Hoppus said "This one goes out to Tom, wherever he is." before jumping into the track "Aliens Exist".

blink is prepping to release their second album with Matt Skiba in place of DeLonge, but the band's relationship with their original guitarist has seemed warmer as of late.

blink-182 will play Outside Lands this August in Golden Gate Park & Tom DeLonge's Angels & Airwaves will play the Warfield in San Francisco this September.