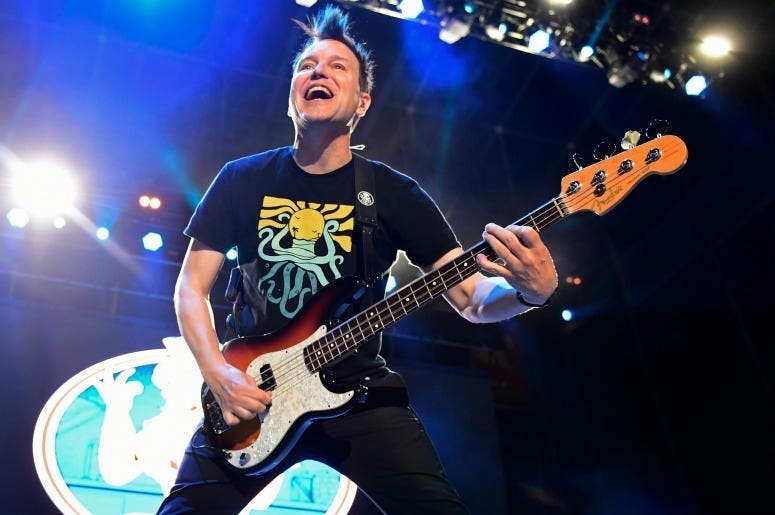 blink-182 released a video for the song "Darkside" from their upcoming album 'NINE' & their fans have some thoughts on it. The video features the band playing a pep rally of sorts with kids doing popular dances around them. Here's a clip:

Here’s a video for Darkside with a bunch of kids doing dances we don’t know. (link in bio)

The top comment on Instagram reads: "Why would you do this to all of the people who have gotten a tattoo of your band?"

Of the nearly 2,000 comments (up to this point) the vast majority have said they enjoy the song, but called the clip cringey.

This comes just days after the band released a mash-up of "What's My Age Again?" with Lil Wayne's "A Milli" that lead to a similar reaction from fans:

It also spurned a response from frontman Mark Hoppus who noted that anytime the band has changed things up it's been met with negative responses.

The band's upcoming album 'NINE' will be out on September 20th.