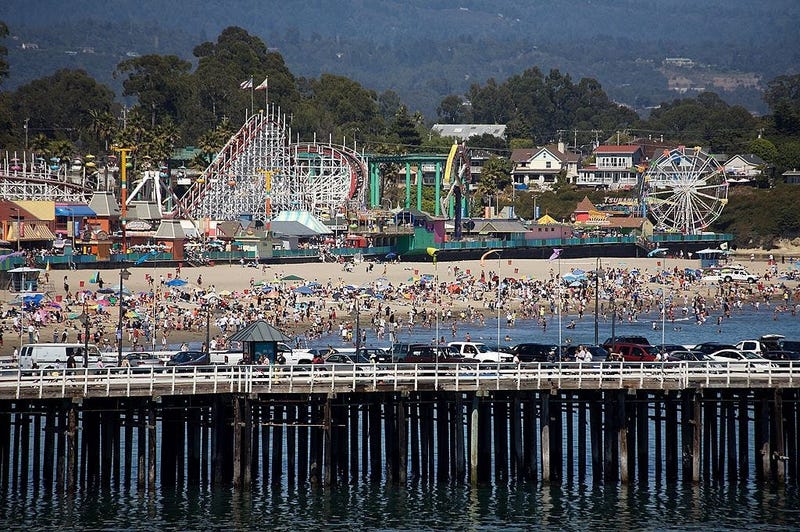 Back In January ordered a pilot for a series based off the 1987 film "The Lost Boys," which was filmed in Santa Cruz.

The CW, mad with power, orders pilots for a Lost Boys series, spin-offs of Riverdale and Jane The Virgin https://t.co/JWoLl8cFJk pic.twitter.com/CNIuSNTH9q

The 1987 film was about two brothers who moved to fictional Santa Carla, CA, only to learn the beachside community had a dark side as home to a clan of vampires led by Kiefer Sutherland. Corey Haim, Corey Feldman and Jason Patric also starred. It doesn’t sound like the series will stray too far from the original idea. Here’s how the CW describes the show:

“Welcome to sunny seaside Santa Carla, home to a beautiful boardwalk, all the cotton candy you can eat…and a secret underworld of vampires. After the sudden death of their father, two brothers move to Santa Carla with their mother, who hopes to start anew in the town where she grew up. But the brothers find themselves drawn deeper and deeper into the seductive world of Santa Carla’s eternally beautiful and youthful undead.”

Was it all for naught, though? In May the CW reportedly decided it needed to be reworked and still have plans to develop it, but it's unlikely that we'll see anything prior to 2020.

Pilot Episode of The CW’s “The Lost Boys” Was Filmed But It’s Being Reworked Before Going to Series https://t.co/mjSctFf6Y8

We'd be very curious to the soundtrack on the new version, as well. Music played a key role in the original movie, and director Joel Schumacher went out of his way to pay tribute to The Doors specifically. A Jim Morrison poster hung in the vampire’s lair, and Echo & the Bunnymen covered “People Are Strange” for the soundtrack. Here’s hoping the new TV series also leans on great music.