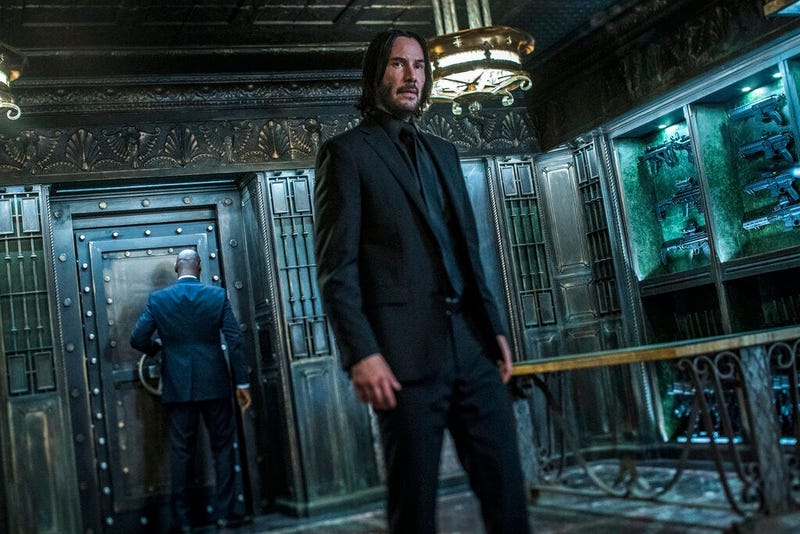 Keanu Reeves is keeping busy as he continues to film 'Matrix 4,' which spent February shooting around San Francisco. That film was originally slated to hit theaters the same day as another one in a franchise he stars in, 'John Wick 4' on May 21, 2021. Both of those films will now hit theaters in 2022. While the delays are frustrating Lionsgate dropped some big news that helped make up for it: 'John Wick 5' will be filmed right after filming completes on 'John Wick 4'.

Keanu Reeves will shoot John Wick 4 and 5 back-to-back, according to Lionsgate. https://t.co/ba5MLspDIO pic.twitter.com/vlv0PwndXw

Filming for the fourth & fifth 'John Wick' films is set to begin early next year after Reeves completes work on 'Matrix 4'.

The 'John Wick' films have only grown more popular as the third grossed $326 million, more than the first two combined.  In addition, a 'John Wick' TV series is coming to Starz & a female-led spinoff called 'Ballerina' is also in production.