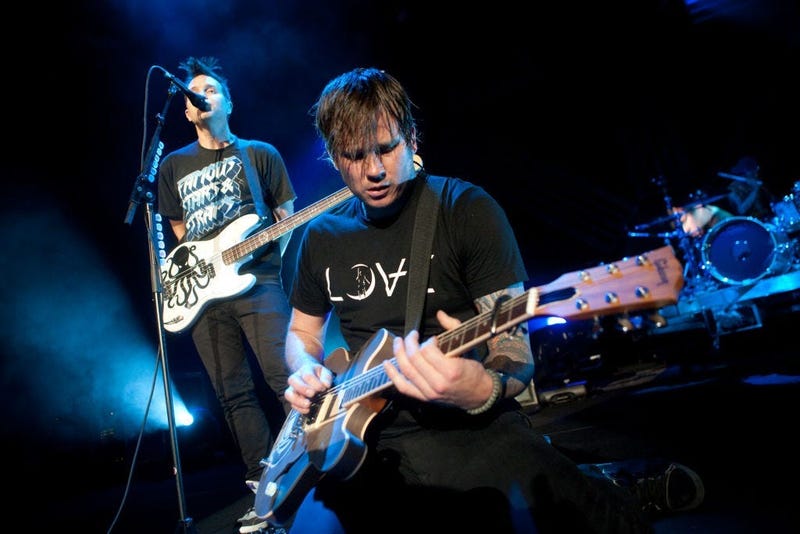 September 23, 2019 09/23/2019 5:50 pm
Mark Hoppus recently chatted with Vogue about the release of the band's new album 'NINE' and the legacy of blink-182. In that interview he talked about the 'Enema Of The State' era of the band, the album they just played in full on tour all summer to commemorate its 20th anniversary. Hoppus said that there was a real unity in the band at the time and it's when the band found itself.

Mark Hoppus: "When Tom [DeLonge] was in the band, that's when blink did its best work" https://t.co/nsQOzsG4J1 pic.twitter.com/TvEVYDfpFi

Hoppus also added “When Tom [DeLonge> was in the band, that’s when blink did its best work... Now post-Tom, with Matt in the band, we’re approaching songs differently.”

RELATED: blink-182 Exapnd Their Skills And Sound On 'NINE'

DeLonge famously left the band back in 2015 as his focus shifted away from blink-182 and more towards his own personal projects.

Hoppus & DeLonge didn't speak for a while, but Hoppus said that before the band's 'Enema Of The State' summer tour began the two spoke for the first time in two years and patched things up. "The conversation was more about us just telling each other, ‘No hard feelings. You do your thing, we’ll do our thing.’ It’s all good.”

For more head to Vogue.