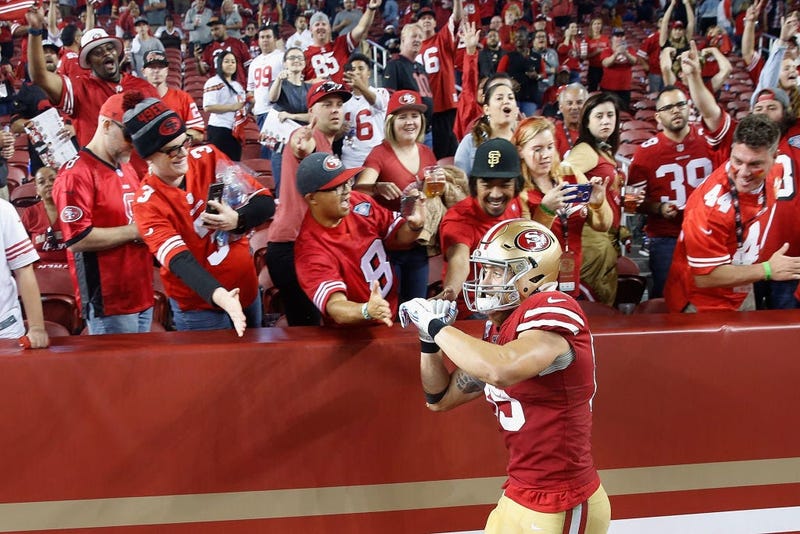 San Francisco 49ers fever is reaching its highest levels in years ahead of the team's NFC Championship matchup with the Green Bay Packers Sunday at Levi's Stadium. The game has officially sold out and the average price of a ticket on the resale market is currently $778. 50-yard line seats are going for more than $2,300 and the cheapest get-in price is currently over $300.

From San Jose's Santana Row to San Francisco's famed Fisherman's Wharf, a fandom malady going by the name of '49ers Fever' was percolating Tuesday, building as the hours counted down toward Sunday's NFC Championship Game showdown with the Green Bay... https://t.co/sDQNeaq3mf

Last Saturday's divisional round matchup against the Minnesota Vikings set an attendance record for a 49ers home game at 71,649, but Sunday's game is expected to top that.

If the 49ers win they'll face either the Kansas City Chiefs or Tennessee Titans in Super Bowl 54, Sunday February 2nd in Miami.