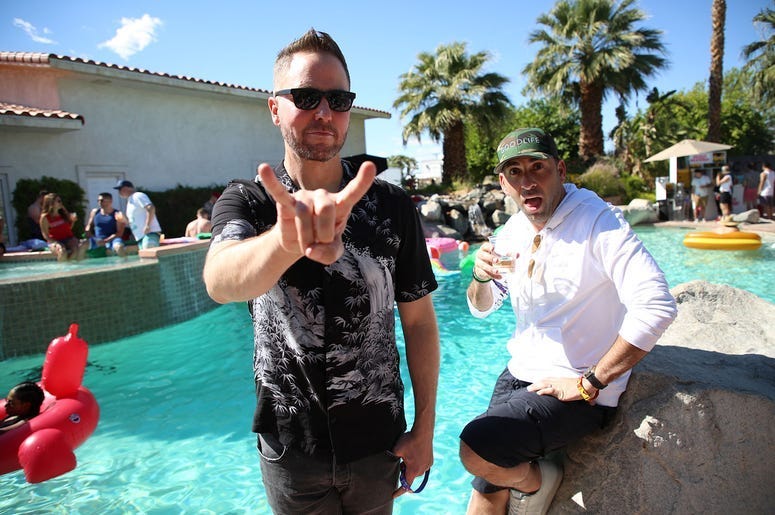 Some familiar voices will be heard on Bay Area mornings from 6-10AM on ALT 105.3 as Kevin Klein & Ally Johnson return as part of Stryker & Klein!

What started as an “afternoon experiment” has evolved into the fastest-growing morning radio show on the planet.  Stryker and Klein built a passionate and interactive audience through their genuine and authentic conversations mixed with show staples like LIE-DAY FRIDAY (forcing each other to answer questions while hooked up to a lie-detector), THE DANK TANK (investing their own money in listener’s “High-deas”), and #MASHTAGS.

Since moving their show to mornings, STRYKER & KLEIN, have continued with their “(F)UNPREDICTABLE” show, finding new listeners along the way. Stryker, the fun-loving optimist, and Klein, the sarcastic pessimist, have been called a “modern-day odd couple.”  Listeners can expect a brilliantly dumb, unpredictably funny, and totally authentic show every time they tune in. Basically, Stryker and Klein is the 2nd most contagious thing in 2020.

Ted Stryker: Longtime KROQ DJ, and host of the nationally syndicated Out of Order Show. He also was Ellen’s DJ, and has hosted shows on MTV, VH1, and is The Grammy in show host.

Klein: This east coast transplant, has built and hosted successful morning radio shows on both coasts. He’s also written jokes for Comedy Central Roasts and Howard Stern. His biggest claim to fame, however, was when he was born eight minutes after midnight on January 1st and named  ‘Baby New Year.’