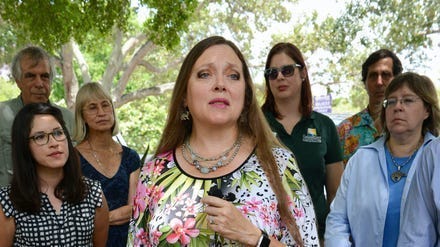 UPDATE 8/22: Jeff Lowe has closed the Greater Wynnewood Exotic Animal Park and has until September 30th to vacate everything from the premises. This comes as he builds a new 'Tiger King Park' in Thackerville, Oklahoma, which will be used exclusively to film 'Tiger King'-related projects and won't be open to the public.

The one and only Carole Baskin is taking over the property by the end of next month. https://t.co/1gM6JIRdRz

It'll be tough for Joe Exotic to financially recover from this...his nemesis, Carole Baskin and her Big Cat Rescue Corp. have been granted control of the Tiger King's former zoo, now known as Tiger King Park.

The 16,349-acre Wynnewood, Oklahoma property must be vacated within 120 days & all zoo animals must be removed from the land. Baskin was also awarded four trucks that are based on the property.

The court found that Exotic's mother had fradulently transfered the park in order to avoid a $1 million settlement with Big Cat Rescue and of course, Joe Exotic is currently in jail serving a 22-year sentence for a murder for hire plot on Baskin.

In the months since 'Tiger King' premiered on Netflix, Exotic's team has requested a pardon from President Trump & Nicolas Cage has begun work on a scripted series where he will star as Joe Exotic.