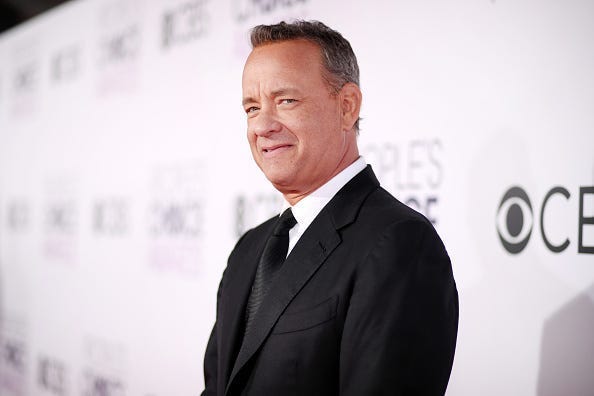 A few years after initially being rumored to play Gepetto in a live-action remake of 'Pinocchio' Academy Award winner Tom Hanks is now in serious talks to play the role. Originally attached to the project when Paul King was to direct, Hanks has reportedly told the film's new director, Robertt Zemeckis, that he wants the part upon reading the script.

Tom Hanks Is in Talks to Star as Geppetto for Live-Action Pinocchio: Report​ https://t.co/pUafzv5G75

Hanks previously worked with Zemeckis on 1994's 'Forrest Gump' a film for which they both took home Oscars. They also teamed up for 'Cast Away' & 'The Polar Express'.

The live-action 'Mulan' will hit Disney+ on September 4th and live-action versions of 'The Little Mermaid,' 'The Hunchback Of Notre Dame' & 'Cruella' (101 Dalmations) are also on the way.

Tom Hanks is back to filming the Elvis Pressley biopic for Warner Bros. currently, the film where he contracted COVID-19 while filming in Australia back in March.