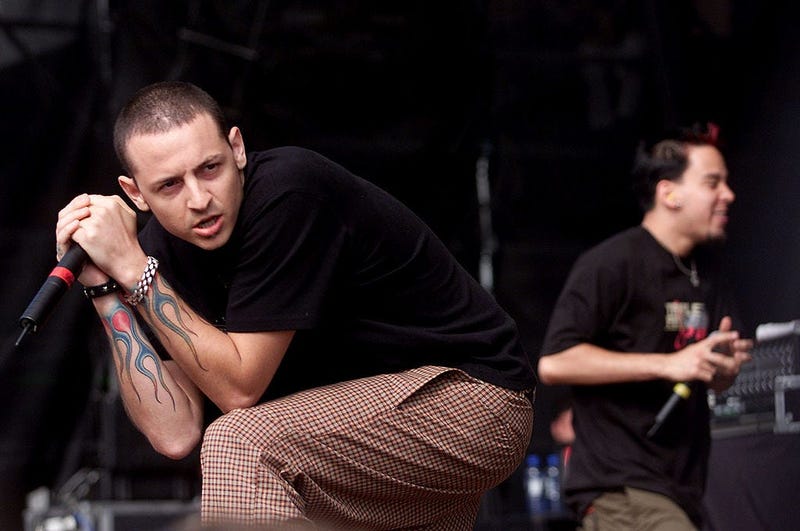 Back in July Linkin Park issued a cease & desist order to President Donald Trump after he tweeted a propaganda video using a cover of their song "In The End".

Linkin Park did not and does not endorse Trump, nor authorize his organization to use any of our music. A cease and desist has been issued.

Three months later the video featuring the song was played at a Trump rally in Lansing, Michigan. The dystopian clip features Joe Biden, Nancy Pelosi and soldiers carrying coffins along with Trump saying "For too long, a small group in our nation's capital have reaped the rewards of government while the people have borne the cost. The establishment protected itself but not the citizens of our country. That all changes right here, right now."

Linkin Park's management company filed the order overr the summer and the original video was removed from Twitter. The artists who performed the cover, Tommee Profitt, Fleurie and Jung Youth also tweeted their disapproval of the usage of their version back in July.

Linkin Park are yet to comment on the latest usage, but they've made their feelings on Trump's presidency clear in the past including late frontman Chester Bennington voicing his disdain back in 2017.

I repeat..... Trump is a greater threat to the USA than terrorism!! We have to take back our voices and stand for what we believe in

In 2020 alone Panic! At The Disco, Tom Petty's estate, Phil Collins, and Neil Young are among those who've issued cease & desists to Donald Trump for using their music at his rallies.