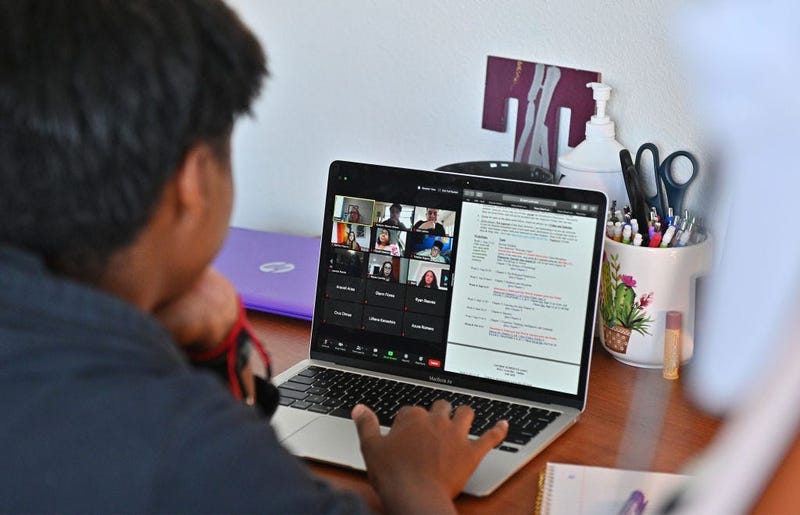 A pair of teachers at Vallejo's Jesse Bethel High School in Vallejo have been placed on administrative leave after they were captured criticizing students at the conclusion a distance learning class. Their rants were recorded by a parent who then posted it to Facebook.

Several students were still logged in after their English class when the teachers forgot to end the class and one of them asked "do you know you're still being recorded?" after one instructor called students "technologically illiterate" & the other made fun of their TikTok proficiency, "The things that impress them are so sad. Oh, you're impressed that a kid can record a TikTok?... It's literally one button."

Some students were even referenced by name and the school district is working to address the conduct of these staff members.