It was worth the wait for Vampire Weekend. The alt rockers scored their third consecutive #1 album with Father of the Bride. The band’s first LP in six years debuted at the top of the Billboard 200 chart.

Father of the Bride also had the biggest week for a rock album this year and the biggest since Mumford & Sons released Delta at the end of last year. 2013’s Modern Vampires of the City and 2010’s Contra also went to #1 for Vampire Weekend. 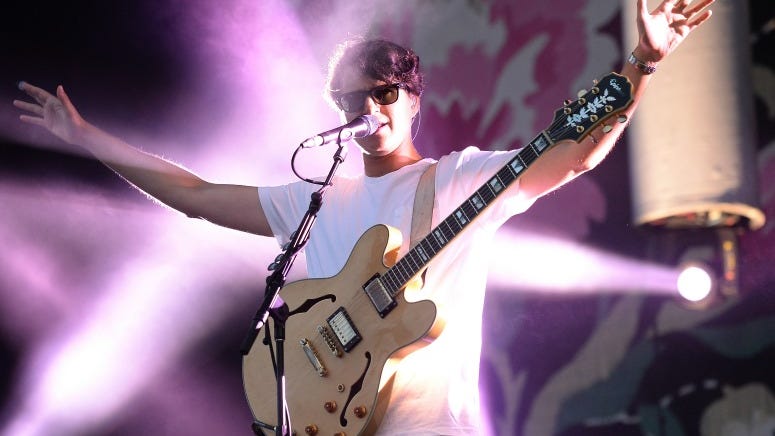 Ezra Koenig and company took some extended time off between albums for the first time in their career, and the result was 18 songs with a distinct sound.

“It’s natural,” Koenig told RADIO.COM. “Every album you get a little bit older, different ideas, you’re feeling certain sounds more than others, and that’s kind of just what you end up leaving out there.”