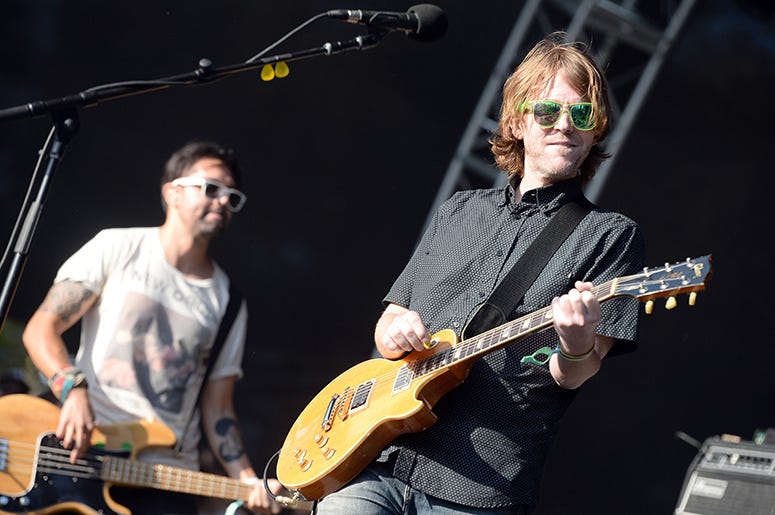 Princeton, NJ post-punks Saves The Day was one of the first among bands and artists to dive headfirst into connecting with fans in unique ways at the onset of the coronavirus, as venues began to shut and tours were canceled. For fans, they became a bright beacon of light during very uncertain times.

Formed in the late-nineties, the band is fronted by sole original member, singer and guitarist Chris Conley. Speaking with host Morgan Freed on RADIO.COM's Emo Nite this week, Conley says the at-home connection "was more intimate, more intense, and more meaningful than even all my years of playing live shows."

It was a more personal way of being in tune with their fans, and one he came to appreciate. "You're basically face to face with people," Conley explains. "At a show there's thousands of people sometimes and you don't get those one-on-one moments... if you do they're just in the blink of an eye."

"I found I was making really meaningful connections, and honestly, it saved me too. I take my job seriously as a musician, and it means a lot to me to be able to make people happy"

Chris also spoke about his passion for songwriting, and the many different lives one song can take.

"I write everything on acoustic guitar," he explains. "I find it to be absolutely fascinating how much you could do with one composition. On our album 'Daybreak,' I wrote one song called 'Living Without Love' as a piano ballad... but Arun, our guitar player was like, 'we should do this like Elvis Costello, let's pump this thing up.'"

"I find it to be incredibly satisfying playing the songs stripped down, acoustic because for me as a songwriter there's something that happens where I connect to the words and just the beauty of the melody, and the chords and stuff. I just really love music so much. I'm a total nerd about it," says Chris, "so it's really cool to have that guitar in my arms and be so connected to it."

Saves The Day have managed to keep true to the sound that fans know and love, while at the same time growing musically throughout their 24 years and nine studio albums.

"The songs very much write themselves, and I'm just kind of there to be the assistant," says Conley. "I work based on just the inspiration, you know, the muses, or sending the ideas out. I've just got my ears open, listening. I used to carry around a little minidisc recorder. Now, I have the voice memo on my iPhone and I'm always waiting and listening for melodies or guitar riffs that will float through my head."

"I'll start to get a sense of where the next album is going about a year before it's time to record, and I just get so excited. I'm like, 'oh wow! It's gonna sound like this. This is gonna be cool, this is so different.' And that's just a thrill to me."

Saves The Day's latest record, 9 was released on October 26, 2018 via Equal Vision Records.