Hayley Williams is outside of her comfort zone as she settles in for one of the first public discussions surrounding her debut solo offering, 'Petals For Armor'.  You wouldn't know it though as she slides off an enormous fuzzy green and black coat, full of smiles, outgoing and chipper.  It's only when we begin to dig that the soil starts to loosen.

"I wanted to call (the project) Petals For Armor, I wanted to just call it H, cuz that's what the guys call me..." she explains, knowing well she's doubled back on a stance held since the start of her other outlet, Paramore, that she'd never go solo. "I don't think my name looks like a name that sits on a marquee" she adds, continuing "It just doesn't read right to me. I always just felt like it looks like the name that's on the back of a jersey".

We both laugh at the thought, knowing well those also appear on television screens and in stores across the world.  It's tough to call Petals For Armor a proper solo project anyway, considering the bulk of it was recorded with bandmates Taylor York and Joey Howard, but that's how the raw offering has found itself billed, less in Gwen Stefani level neon lights, and more a barren presentation of stripped-down self.

“I'm still sort of shocked a full album came out…" WIlliams offers, "I was in therapy, I was home, and 'Simmer' was the second song we completed…I actually really thought, this is just gonna be for me... and then maybe I'll just throw something up and post it somewhere. I really didn't know, I just kind of was happy with that."  Of course, we now know the explorative session yielded an album's worth of material set for digestible release over a series of EP's, but it all began with some good old fashioned messing around. "Simmer started with that beatboxing sort of skat thing that I do, on a binaural head mic" she reveals, pulling back the curtain on just how much of her is actually in the song "It's so creepy, it was so fun to play with, I sang all around it and whispered in its ears and then we sampled my voice a lot.  A lot of the pads and synths that are happening, a lot of the sounds that you hear are just my voice". 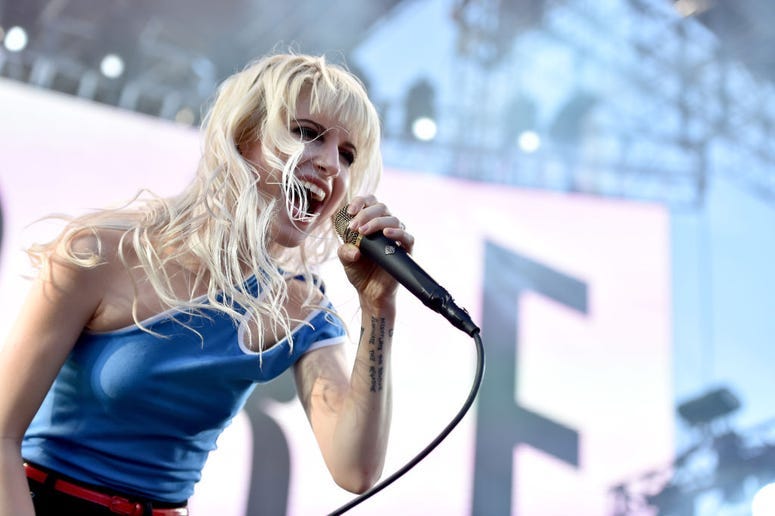 And as for other hidden meanings?

“There’s a lot of ties to Paramore... that's the love of my life is Paramore, and those are my best friends too. I feel like my creative life began because I met them and I wouldn't really know what to do if I did something entirely without them."

That said, don't expect to hear any reworked versions of the band's material at future Petals For Armor shows. "That's very sacred to me and that belongs at a Paramore show," Williams says as she softly pushes back on the prompt, before adding excitedly... "And there will be more Paramore shows. yes, confirmed. I was talking to the guys about this just the other day, and we were talking about… I think there's already moments where we find ourselves fantasizing about the next Paramore project and we kinda have to stop ourselves, cuz everyone's so busy working on shit right now. I guess I just feel very safe. I don't need to bring Paramore into this and be like, 'hey remember me? I'm in Paramore' because in about 5 minutes I'm gonna be back with Paramore."

For those fairly wondering if that puts an expiration date on the singer's output outside the group, the future remains uncertain, though for perhaps the first time, with the door decidedly open. "I mean you may know this" she reminds me in closing, "I said I would never do this in the first place for 16 years. I'd much rather be sitting up here with my dudes, but its also a great learning experience and it's a challenging moment for me to kind of get outside my comfort zone, and experience all this stuff in a way I can apply it. But yea, I could see me doing more stuff maybe, it really just depends where we go musically as a band after this."