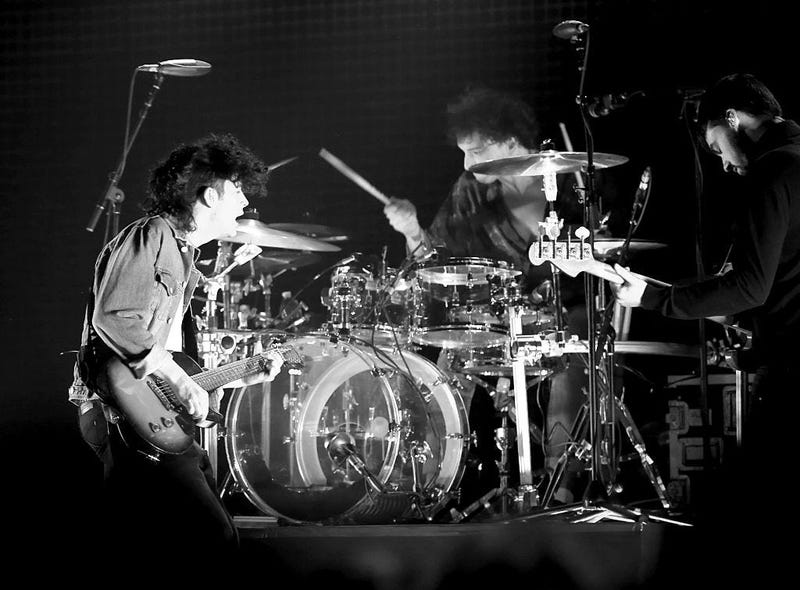 Well folks, we got some good news and some bad news regarding our dreamy alternative favorites, The 1975.  Despite promising a new LP would be arriving next month, the companion to last year's 'A Brief Inquiry Into Online Relationships', turns out we'll have to wait a few more before the full package arrives.

"Sorry to fuck you about", front man Matt Healy told fans on instagram live, but the band simply hasn't finished the album yet.  Currently adding final touches to the body of work, it's physical production that's holding up the roll out at this point with Healy adding that it "takes like three months or something to physically make a record on vinyl, so it comes out on the 24th of April, I think".

That said, new music is still imminent with a tune entitled "Me and you Together Song" set for release this Thursday, which between you and the writer of this fine article, has already been played for us and I'm happy to confirm lands squarely center lane in the band's sonics as compared to their more experimental fringe singles released thus far.

In closing Matty added the group are "really proud" of the upcoming record, doubling down on his apology for the delay, saying "Sorry if it's annoying or whatever... For the sake of a couple of months, in the grand scheme of things it doesn't really make any difference".  It's true, the ice caps are melting and one day we're all gonna die, so what's a few months anyway.

A tour surrounding the new body of work has yet to be revealed, though seems inevitable.  We'll, of course, keep you posted with any developments on this front as they arrive.