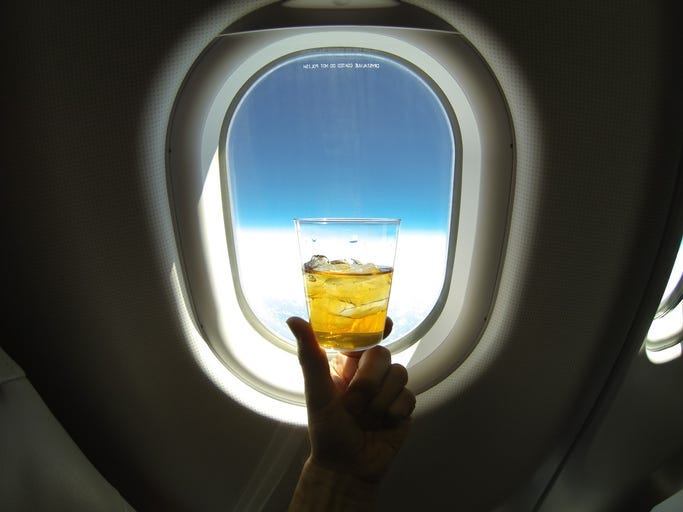 Here on the ground we're pounding alcohol like Joey Chestnut pounds weiners, (that contest will be held without spectators this year, btw) but in the air is gonna be a different story.  When you fly, IF you fly, don't expect to quell your nerves with a little bottle of tequila.  On a few airlines, anyway.

Delta, American, Europe's Easyjet and KLM, and Asia's Virgin Australia are suspending all or part of their alcoholic drinks service because Covid.

They're trying to minimize interaction between crew and passengers to ensure a safer flight, and we totally get that.

Can we work around this somehow?  How about making flights BYOB?

Actually...no.  Not a good idea.  A headline sampling:

Really with the door?  I've never once tried to get off a plane whilst drunk.

And then there's this bloody, drunk dude:

Let's just stick to getting pre-flight drunk on warm $15 drafts at the Caps Beer Garden.