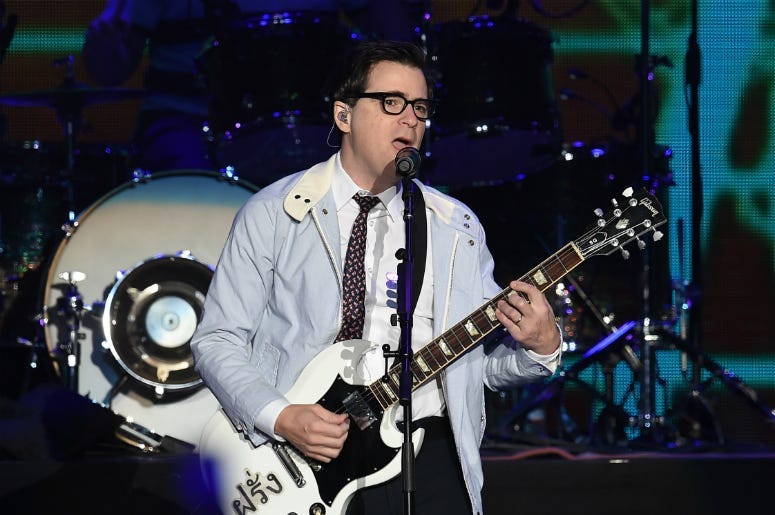 So, who's got the better Nirvana cover?  Post Malone's love-it-or-hate-it Nirvana set kind of set the bar IMO, but now along comes Rivers Quomo with his own, stripped-down version of Heart Shaped Box on piano.

Not sure you can fairly compare it to Post's, as they're so completely different.

Those are both great, but maybe you prefer Puddle Of Mudd's now classic take (for all the wrong reasons) on About A Girl?

God bless him, he tried.  Band sounded good, though!  However, in fairness to Wes, I feel like I should tell you that he can actually hit those notes. Or, at least could.

Man...I'd kill to be able to even go see THEM right now.

"Everything's so blurry, and everyone's so fake.....