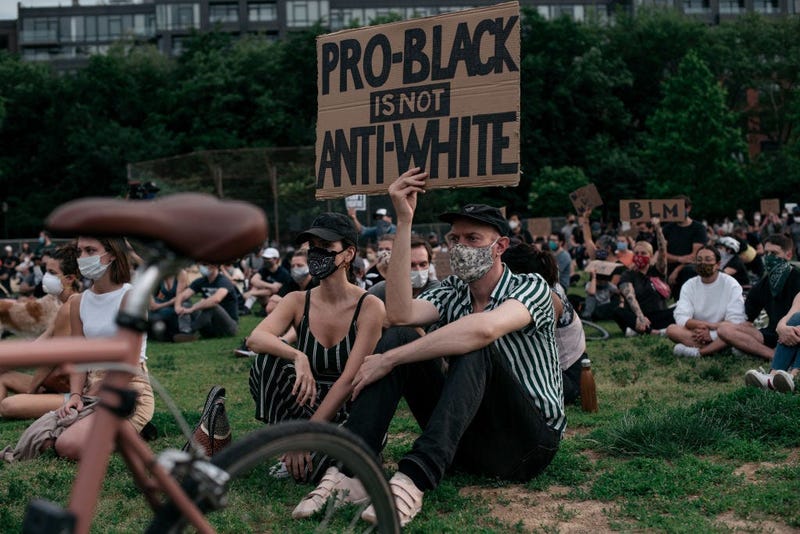 The news has been overwhelming lately. The majority of the nation has been crying out against the senseless dealth of George Floyd at the hands of the police. Protests and riots have broken out all throughout our country. His death is just one of many like his and we have a reached a breaking point - we cannot allow things to continue the way they have been. We have to start working constructively towards healing our nation and putting an end to racial injustice in America. But where do we start?

The first step is to acknowledge that this is a real problem. Then, we have to educate ourselves on how we got here to begin with and how our own behaviors sometimes compound the issue. With that in mind, here are some things to read/watch/listen to so you can dig a little deeper:

HOW TO BE AN ANTI-RACIST by Ibram X. KendiTo quote the New York Times, "...the most courageous book to date on the problem of race in the Western mind, a confessional of self-examination that may, in fact, be our best chance to free ourselves from our national nightmare."
WHITE FRAGILITY: WHY IT'S SO HARD FOR WHITE PEOPLE TO TALK ABOUT RACISM by Robin DiAngelo “White fragility is the secret ingredient that makes racial conversations so difficult and achieving racial equity even harder. But by exposing it and showing us all—including white folks—how it operates and how it hurts us, individually and collectively, Robin DiAngelo has performed an invaluable service. An indispensable volume for understanding one of the most important (and yet rarely appreciated) barriers to achieving racial justice.”—Tim Wise, author of White Like Me: Reflections on Race from a Privileged Son

13th. - A Netflix Documentary that analyzes the criminalization of Afrian Americans and the US prison boon.

When They See Us - Based on the true story of the five harlem teens who were falsely accused of assaulting and raping a women in Central Park in 1989. Also on Netflix.

Time: The Kalief Broder Story - Yet another Netflix docuseries that covers this ground, Time is the true story of a Bronx boy who spent three years in jail, despite having never actually being convicted of a crime.

1619. - 1619 is a podcast from The New York Times that explores "how slavery has transformed America, connecting past and present through the oldest form of storytelling." It explores how the effects of slavery have rippled forward through time and shaped present-day America. According to The New Yorker, "it illuminates the history and legacy of how the United States was built simultaneously on the language of freedom and the economics of slavery."

Intersection - From the description on The New Republic website, "Jamil Smith will discuss and debate issues surrounding race, gender, and all the ways we identify ourselves and one another. We hope the conversations with everyday folks, activists, politicians, and you, too can help us all understand identity a lot better."

Code Switch - "The fearless conversations about race that you've been waiting for! Hosted by journalists of color, our podcast tackles the subject of race head-on. We explore how it impacts every part of society — from politics and pop culture to history, sports and everything in between. This podcast makes ALL OF US part of the conversation — because we're all part of the story."