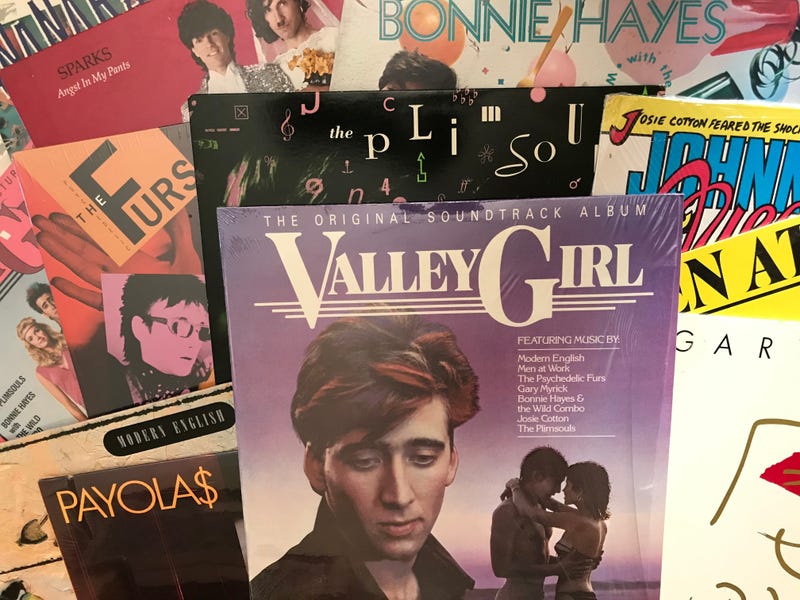 May 9, 2020 05/09/2020 4:13 pm
This weekend’s release of the new Valley Girl movie gives me a good excuse to revisit one of my favorite soundtrack albums.  Valley Girl is a modern story of Romeo & Juliet meets Punk Rock, starring Nicolas Cage and Deborah Foreman.  Back in 1983, director Martha Coolidge, used a musical formula that showcases some of the best Alternative artists of the day.  Below are just some of the musical highlights from this totally awesome soundtrack!

Modern English - I Melt With You

Martha Coolidge heard “I Melt With You” on the radio, when KROQ in L.A. played it from an unreleased import single.  She thought the song captured the spirit of the movie as Randy and Julie’s love theme.  Although Modern English are considered one-hit wonders, I also recommend: “Someone’s Calling”, “Life In The Gladhouse”, and “Ink & Paper”.

The Psychedelic Furs - Love My Way

Originally written as a gay anthem, it is repurposed in Valley Girl as the haunting background theme while Randy stalks Julie before going on their first date.  The song was produced by the legendary Todd Rundgren, with backing vocals from Flo & Eddie.

Josie Cotton - Johnny, Are You Queer?

Josie Cotton performs a few songs in Valley Girl during the prom scene.  This controversial song was almost #1 in Canada.  New Wave fun at it’s finest!  Bonus trivia: The Go-Go’s actually sang it first in their live show, before they were famous.

The Plimsouls - A Million Miles Away

Another artist who performs in Valley Girl are The Plimsouls.  They are an excellent choice to represent Randy’s world outside of “the Valley”.   The Goo Goo Dolls also covered this song in 1990.

Sparks - Eaten By The Monster Of Love

There is a subplot in the movie where both Suzi and her stepmother, Beth, are competing for the attention of a grocery delivery boy named Skip.  This song kind of sums it all up for him.  Sparks are actually two brothers, Ron and Russell Mael.  They are among the forefathers of Alternative music, having been recording since the early 1970s.  They’re new album, “A Steady Drip, Drip, Drip” drops on May 15th.

For more tubular Valley Girl songs, seek out: Payolas “Eyes Of A Stranger”, The Flirts “Jukebox”, Gary Myrick “She Talks In Stereo”, and Sparks “Angst In My Pants”.  Better yet, see the movie!  Unfortunately, copyright issues have prevented some of the original Valley Girl soundtrack to be heard in the latest streaming platforms or DVD reissues.  So, if you’re going to watch the 1983 version of Valley Girl, it’s best viewed old school on VHS or Laser Disc, in order to hear ALL of the original music.  Fer shur! 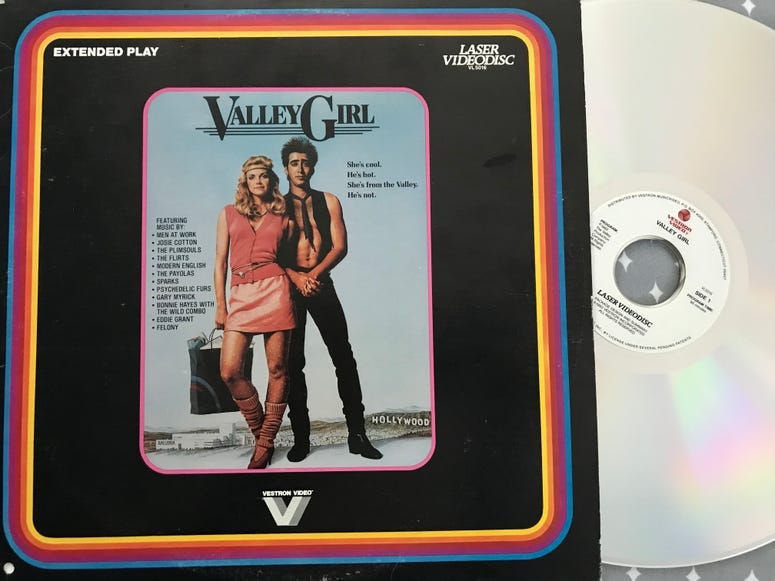