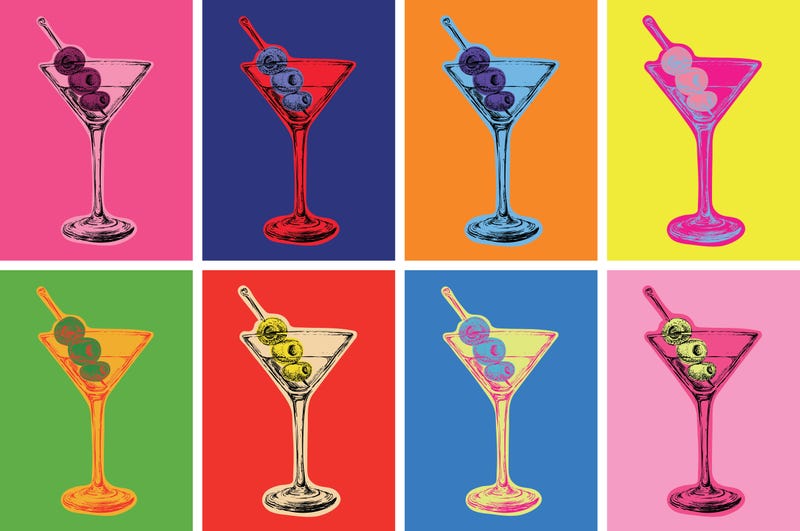 David Bowie and Andy Warhol approach the bar…  It was just another typical night at The Mudd Club, located inside a skinny and unassuming six-story building in TriBeCa.  Famously name-dropped in “Life During Wartime” by Talking Heads, The Mudd Club has also been the topic of songs by Frank Zappa, Nina Hagen, and Ramones.

Founded in 1978, The Mudd Club was the art-based, edgy, nightlife alternative to the campy Studio 54 or the raw and dingy CBGB’s.  It became well known for not only live music and DJs, but also famous for hosting film screenings, fashion shows, and outrageous “motif parties”.  There were multiple floors for dancing, art displays, and VIPs.  Nightly regulars included musicians, film directors, and fashion designers.  Belushi, Blondie, Bowie…Ginsberg, Haring, Jagger…Iggy, Ramones, and Warhol…all partied in what was once a dilapidated textile warehouse at 77 White Street. 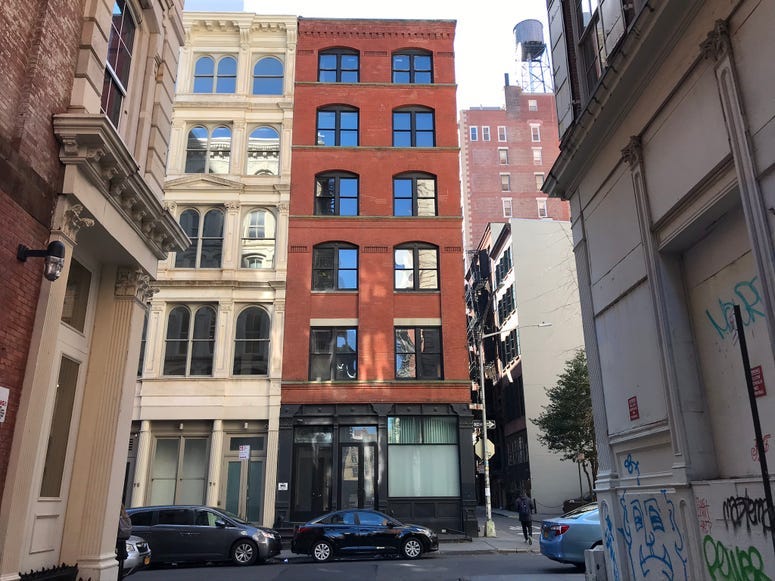 The B-52’s were the first band to perform on opening night, leading the way for memorable shows including; The Psychedelic Furs, Sonic Youth, Talking Heads, U2, and heavy-metal rockers, Judas Priest.

The early 80’s was an exciting time for music, but as the underground scene was growing bigger, the musicians started demanding more money for live performances.  Owner Steve Mass was unable to compete with the higher prices that other area venues were paying for big-name bands.  The Mudd Club closed its doors for good in 1983.  Since then, the inside of 77 White Street has been converted into luxury full-floor condo residences.  In 2007, the New York arts organization, Creative Time, placed a plaque on the building to commemorate the adventurous music and events that took place there. 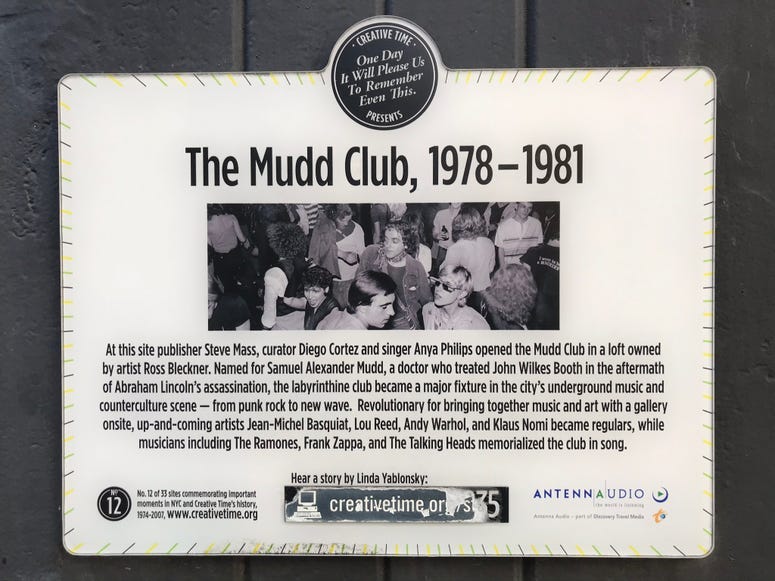 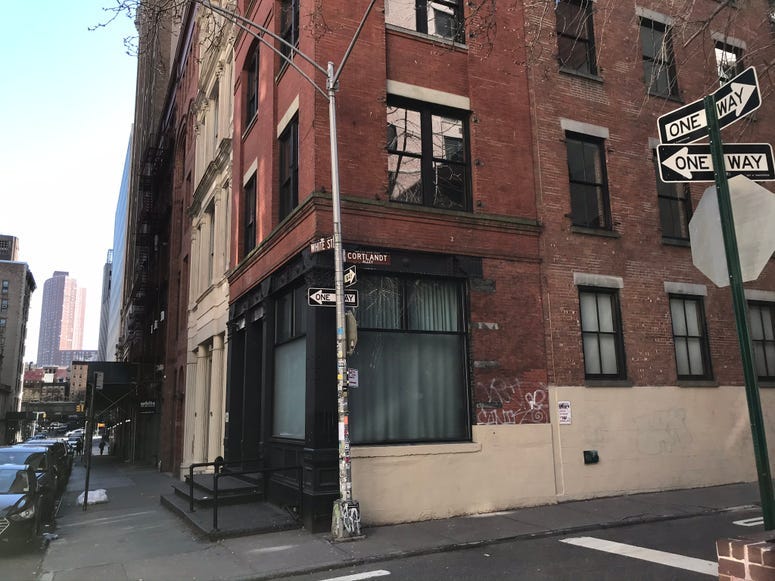