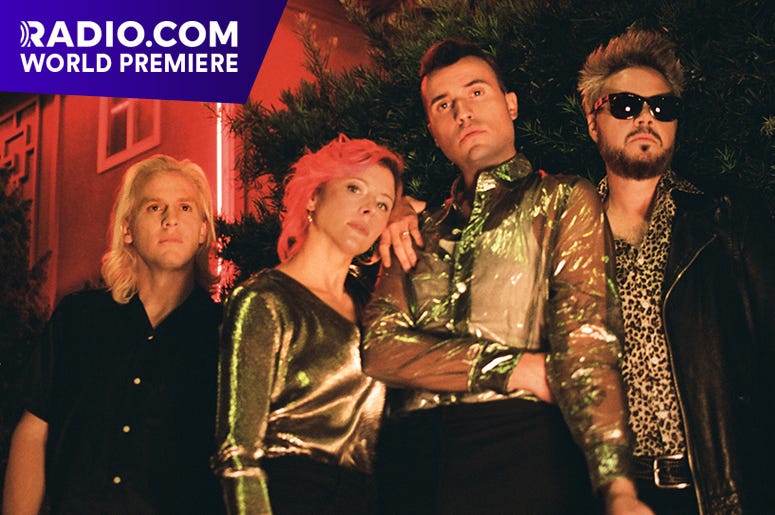 We say “new era” a lot when it comes to music, with each album often assigned that level of importance, as though a band is reborn upon each release. It’s not always true, but with Neon Trees it absolutely is this time around. Tyler Glenn and the gang “turned the lights off in a public way,” as they say. Instead they opted for family and other musical projects, even Broadway. But now 4 years later the band is back at truly ready to start something new.

It begins with “Used To Like,” a song you can hear first as a RADIO.COM World Premiere. Stream it on the RADIO.COM app all throughout the day starting on Wednesday November 13.

“I like that our single is called ‘Used To Like,’” lead vocalist Tyler Glenn explains in a release. “We’ve been gone for a minute, so we’re reminding our fans of what they liked about us. There’s something very pure about Neon Trees right now. I hope listeners hear the sincerity.”

The song emerges as a mature new extension of that signature Neon Trees sound. Their blend of dancing, shimmering rock with perfect pop sensibility plays like it has the benefit of experience. A confident call for better days, “Used To Like” is the first look at a band that has grown into themselves after some time away.

“At the end of my last relationship, the song was my last sort of plea,” Glenn says of the new single. “Let’s bring it back to that bliss period when everything was right. I hear a lot of joy, but I hear a lot of sadness."

"I ended this codependent relationship last year and was able to write what happened after and break away from the negative things. The song got us going.”

Glenn says that the music of Neon Trees is now more reflective of who he is as a person, unshackled like a new beginning with a head start on success. We can expect a new album from the band in 2020, but today it’s time to finally turn the lights back on.

“It’s not just another chapter,” Glenn admits. “It’s the start of a new era for Neon Trees.”