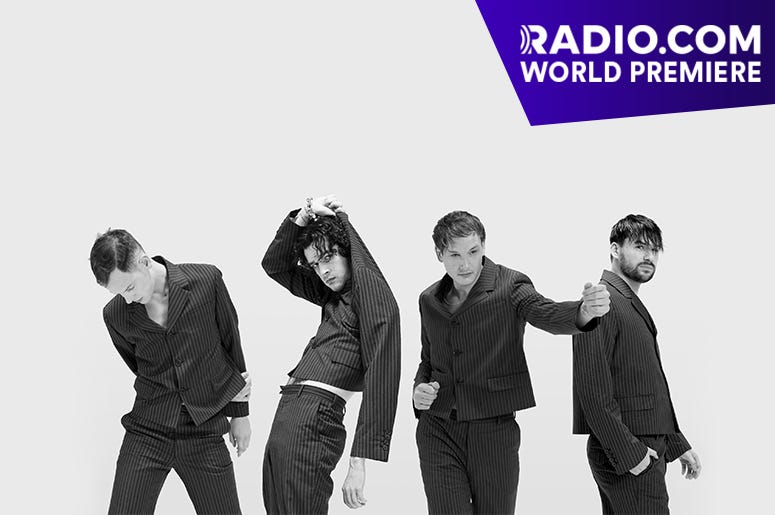 The 1975 are ready to officially invite you into the new era.

After releasing their customary self-titled track last month, featuring an essay from 16-year-old climate change activist Greta Thunberg, the band is unwrapping their first single from Notes on a Conditional Form.

“People” is a RADIO.COM World Premiere, which means you can hear it here and stream it on the RADIO.COM app all throughout the day on Thursday August 22.

Notes on a Conditional Form is due out in February of 2020, a quick follow-up and companion piece to their 2018 album A Brief Inquiry into Online Relationships. Singer Matt Healy has described the LP as more intimate and cinematic than that critically acclaimed effort, focusing more on the night vibes of the UK.

“It’s a completely different record. Six months now is the same as what three years was before,” Healy told NME last year. “Think about the amount of **** that happens in six months’ time. It will be a different thing and a different time.”

The 1975 turn in a punky truth-to-power battle cry on “People,” ripe with plain spoken demands and observations. It’s a bit of a departure from the shimmering styles on display on their third album, but not unsurprising from a group never afraid to push their sound in new directions.

“People” arrives just as The 1975 prepare to make their main stage headlining debut at Reading & Leeds. The band will continue a string of festival dates across Europe and Asia in August and September, returning to the US for a tour in November. You can find the full list of upcoming dates here.