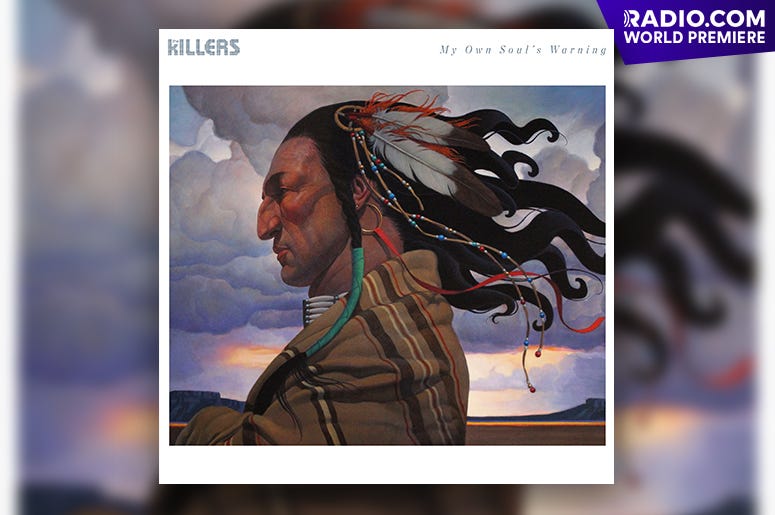 The Killers have arrived with another sampling from their forthcoming, sixth album, Imploding The Mirage today, June 17th, this time offering up the record's opening track, "My Own Soul's Warning."

The band shared a video teaser last week, a black-and-white clip showing the members recording in studio, directed by Wes Johnson. Today we gather for the full experience.

Speaking with RADIO.COM during what would have been the new album's release week, frontman Brandon Flowers explained the decision to lead off with the track.

In that respect, "My Own Soul's Warning" sets the tone for the rest of the record. "Spiritually and sonically it embodies what the rest of the songs are," says Brandon, "but it really has its own universe. We're just really excited about that song."

"My Own Soul's Warning" from The Killers is a RADIO.COM World Premiere, which means you can hear it here and stream it on the RADIO.COM app all throughout the day on Wednesday June 17.

Flowers expects that excitement to translate into their live shows, when -not if- venues open back up following the worldwide health crisis.

"[My Own Soul's Warning] checks all of my boxes and makes me feel like all the music that moved me when I was falling in love with music. Over the years, that's something that I chase with my own songs... to try to make myself live that again. It's really difficult to do that with your own songs, but 'My Own Soul's Warning' is one that's done that for me. Usually when that happens, it really resonates with others as well and I'm excited for it to come out into the world. I hope I don't hype it up too much."