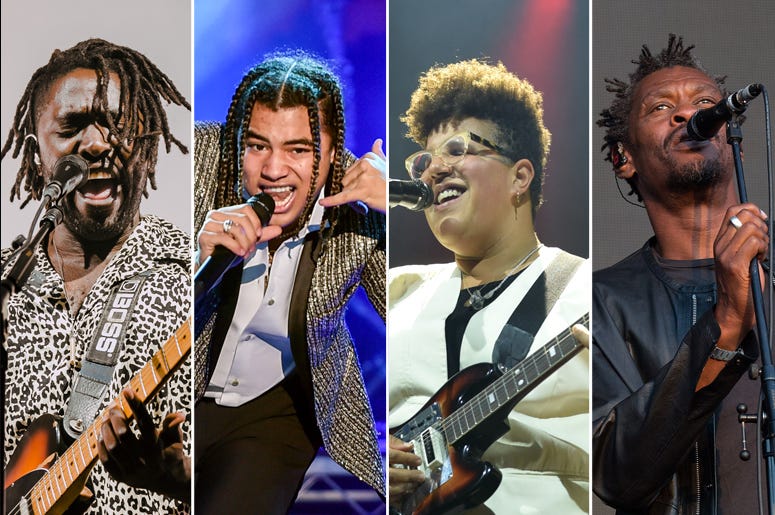 February is Black History Month and in celebration of Black excellence throughout the music industry, we’re taking a look at some of the most notable Black artists in the Alternative spectrum. From ‘90s ska punks Fishbone to 2020 breakout star 24KGoldn -- here are just a few artists you need to add to your playlists right now. 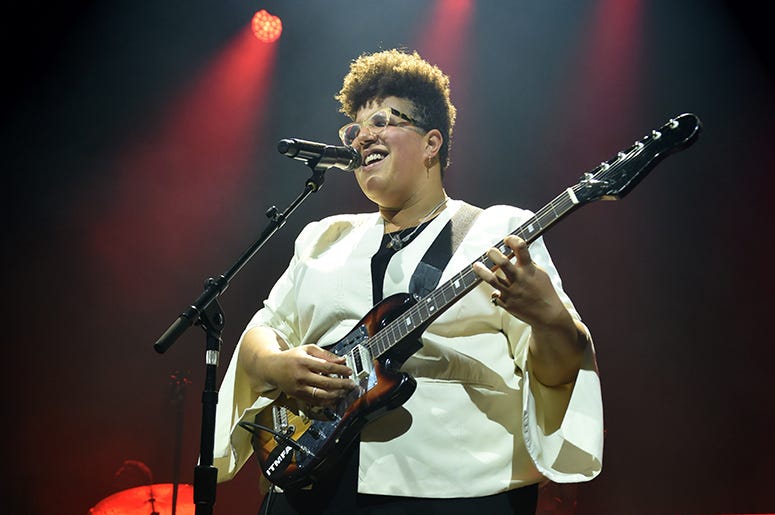 Active from 2009 to 2017, blues rock outfit Alabama Shakes was fronted by singer and guitarist Brittany Howard, garnering a total of four GRAMMY wins for the band and multiple nominations. Howard has released music as herself, as well as the moniker Thunderbitch since the band parted ways in 2017 grabbing her another seven GRAMMY nominations. 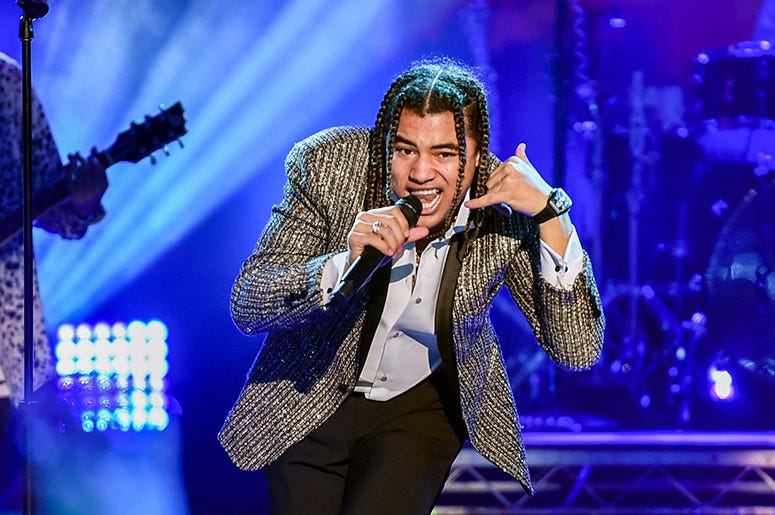 Mixing a blend of different musical styles rapper, singer, songwriter, and former child actor 24KGoldn (Golden Landis Von Jones) got his start in 2019 with is single "Valentino" and has been rising up the charts ever since with his radio hit "City Of Angels" and follow up "Mood" featuring Iann Dior. 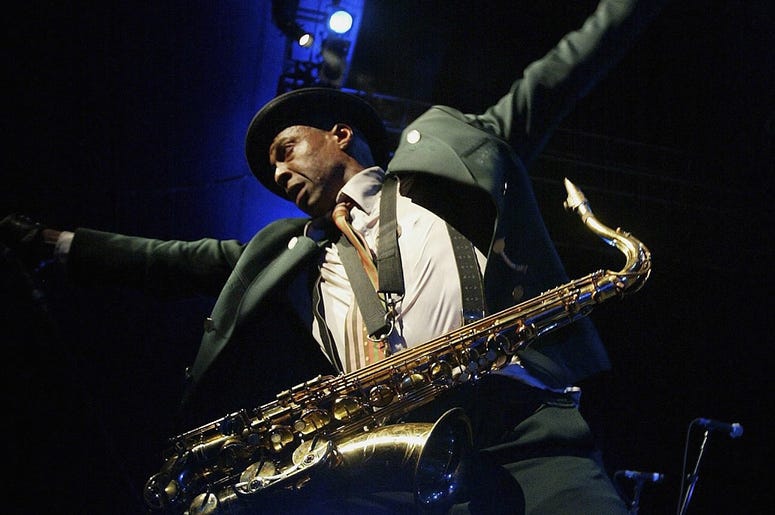 It's a party at ground zero! Formed in 1979 in Los Angeles, ska-punks Fishbone have been pushing the musical envelope for decades with their mix of punk, funk metal, ska and soul while providing sharp social commentary mixed with a unique sense of humor. 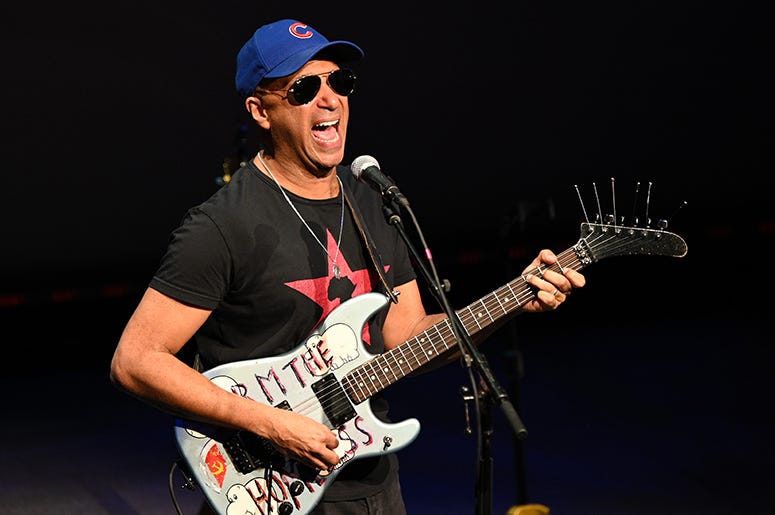 Tom Morello of Rage Against The Machine

Born in Harlem, NY to father Ngethe Njoroge, Kenya's first ambassador to the United Nations and schoolteacher Mary Morello, Harvard grad, guitar virtuoso, singer, songwriter, actor, and political activist Tom Morello is best known for his time with bands Rage Against the Machine, Audioslave, and the supergroup Prophets of Rage. He has also toured with Bruce Springsteen and the E Street Band and produced numerous solo and side projects. 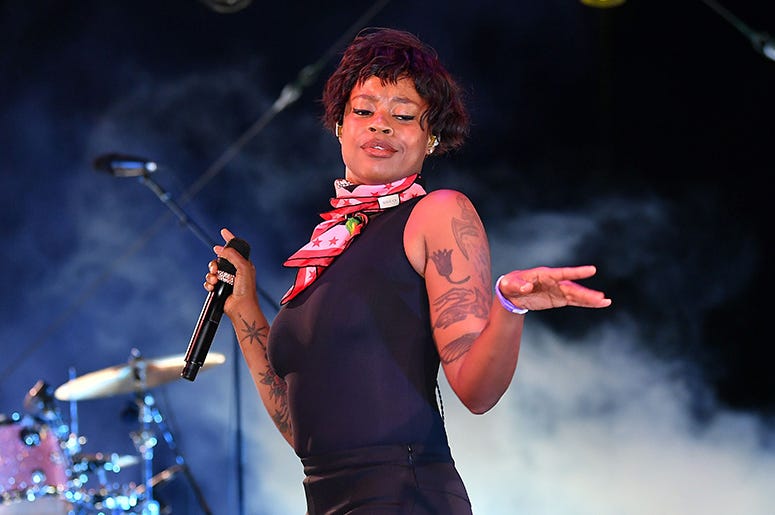 Nolle Scaggs of Fitz & the Tantrums

Fitz & the Tantrums' co-lead singer Noelle Scaggs has been with the band since 2010's number 1 album ﻿Pickin' Up the Pieces and has also collaborated with the likes of Black Eyed Peas, Dilated Peoples, Quantic, Mayer Hawthorne, and Damian Marley lending each a bit of her powerhouse vocals.

Up-and-comer Tai Verdes became well-known for his songs "Stuck in the Middle" which was featured as one of RADIO.COM's Alternative Pick's of the Week and his follow-up, "Drugs." The 24-year old's momentum is supported by his use of TikTok as a story-telling platform. 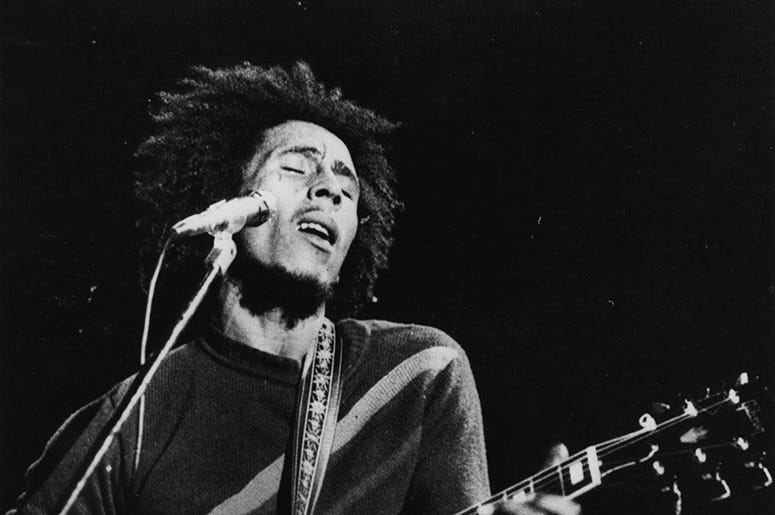 Perhaps not thought of traditionally as an Alternative artist, the sound and message Bob Marley put forth was seen as anti-establishment during his time. The Jamaican singer, songwriter, and musician is considered one of the pioneers of reggae, while incorporating elements of Ska, and Rocksteady. 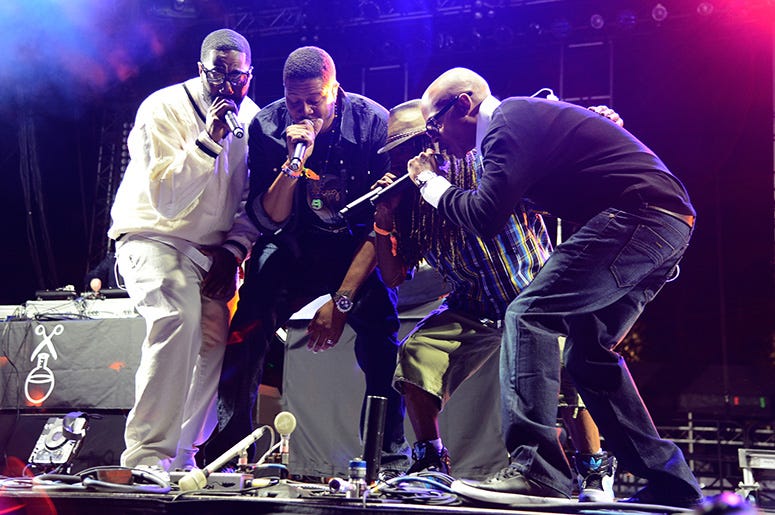 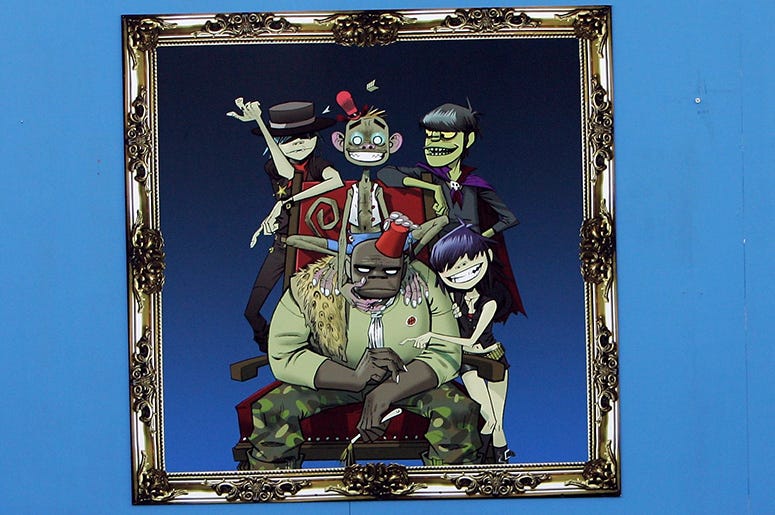 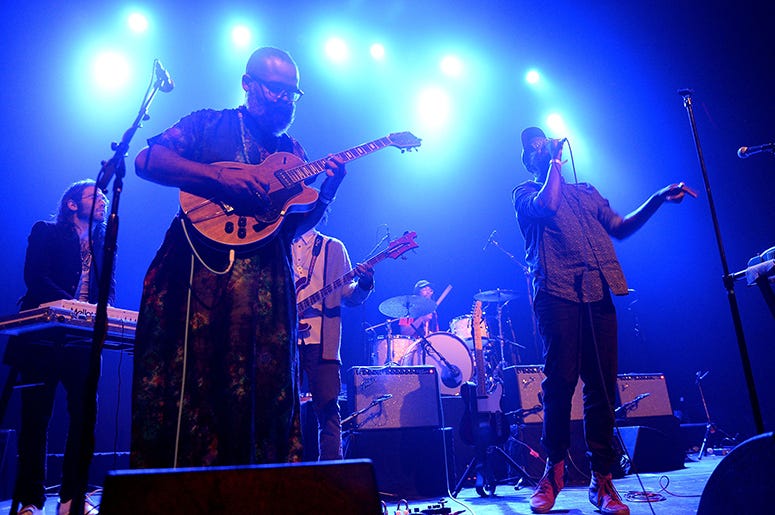 TV On The Radio

Brooklyn, NY indie rockers TV on the Radio formed in 2001 with original members Tunde Adebimpe on vocals and loops, and David Andrew Sitek on guitars, keyboards, and loops. The band added members, Kyp Malone and Jaleel Bunton over their years active. and have released numerous EPs and five full studio albums.

Born and raised in New Jersey, past Pick of the Week Fousheé grew up with music her entire life. Her mom, who hails from Jamaica, got her start in music as the drummer for a female reggae band named PEP before moving to America and starting a family. She was exposed to a variety of different sounds from her mother’s record collection including Bob Marley, Toni Braxton, and Etta James who she now counts as influences along with artists she personally gravitated to over the years like Frank Ocean. 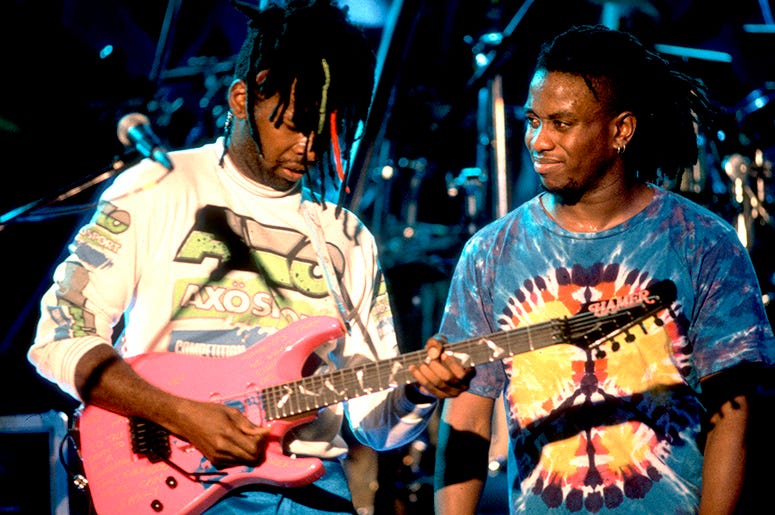 "I'm the cult of... I'm the cult of..." Formed in NYC in 1984, Living Colour are best known for their anthem "Cult Of Personality" which offered a unique and colorful alternative to the hair metal and glam rock that was popular at the time. Mixing punk with funk, jazz, metal, and singer Corey Glover's famous Body Glove suit, the band was all over the radio and MTV during their tenure. 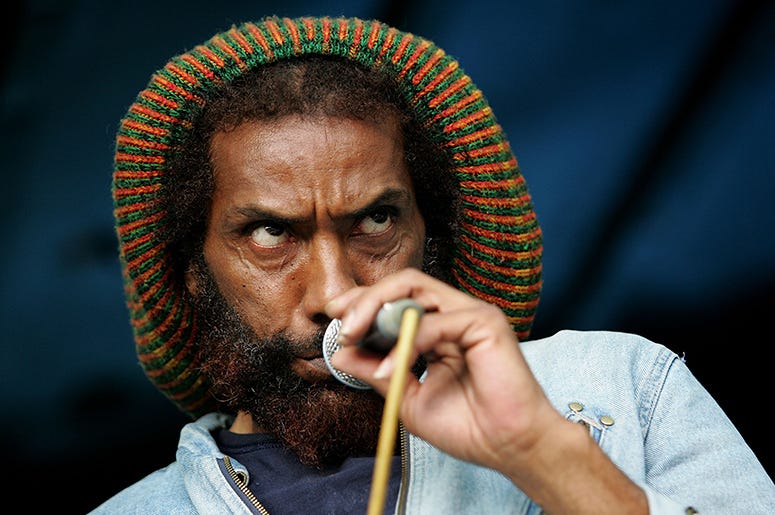 Known the world over as one of the pioneering bands of the hardcore/punk scene, Washington D.C.'s Bad Brains, fronted by the enigmatic H.R. (Human Rights) are not your normal punks, incorporating jazz fusion, reggae, metal, and funk into their later works. 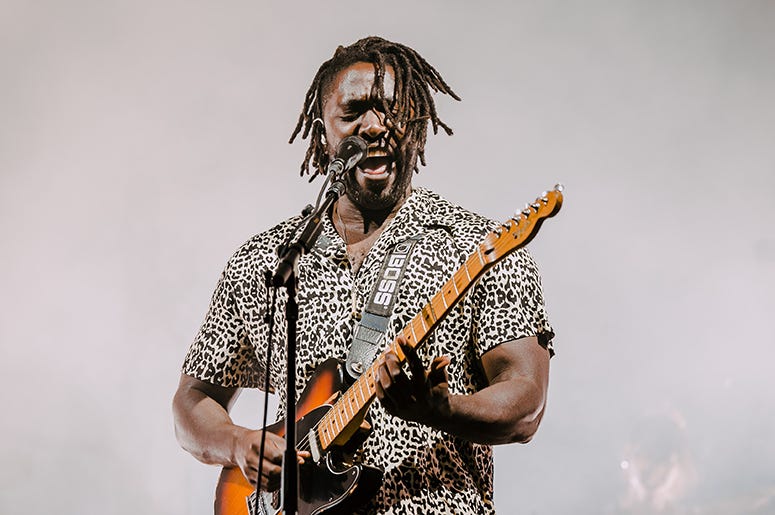 Formed in 1999, U.K. indie rockers Bloc Party burst onto the scene in 2005 with their album Silent Alarm featuring the singles "Banquet," "Helicopter," and "Pioneers" among others from the fan-favorite record. Offering up four more studio albums over the years, the band has since resurfaced with news of a new album coming from singer Kele Okereke in January 2020. The recording is currently on hold due to COVID-19.

Another RADIO.COM Alternative Pick of the Week, U.K. born artist Bakar has become one of the freshest and most vital new voices in UK music. His breakout single "1st Time" was produced by Bakar and longtime collaborator Zach Nahome. Blending elements indie rock and experimental sounds, Bakar released his debut EP Will You Be My Yellow? in September 2019. 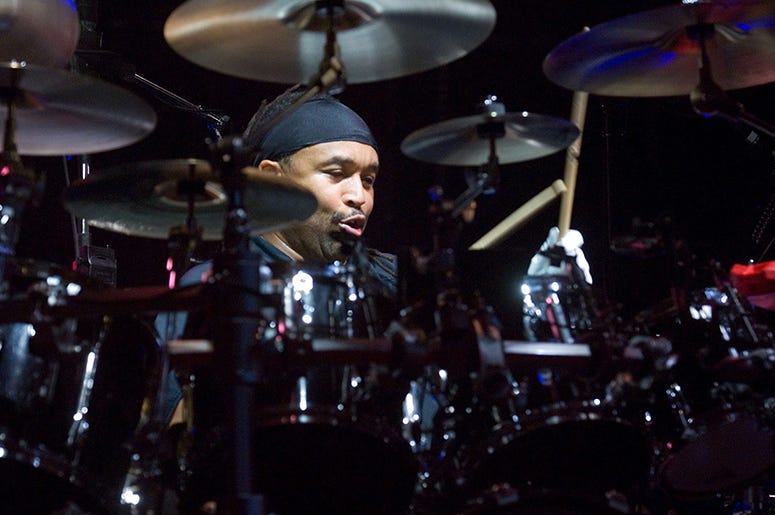 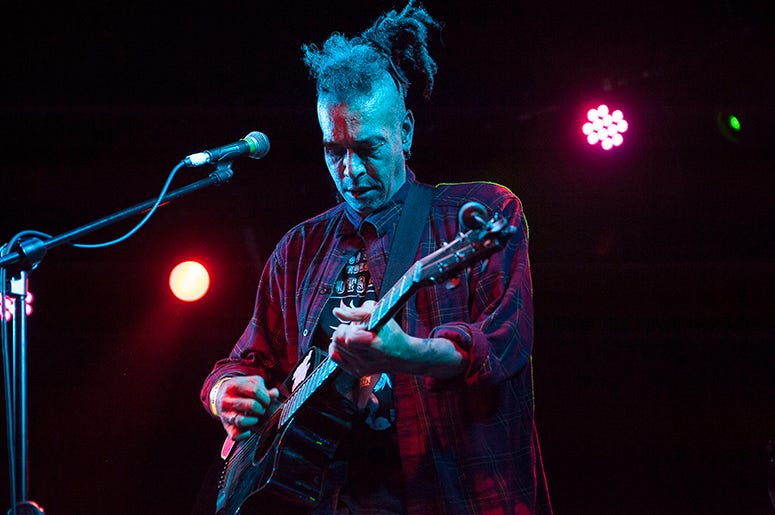 Chuck Mosely of Faith No More

Although singer Mike Patton is best known as the frontman of '90s "Epic" rockers Faith No More, the band was originally fronted by Chuck Mosely, who sings on FNM's 1987 single and fan-favorite, "We Care A Lot." Mosely passed away in 2017 of a suspected drug overdose.

Michael Ian Olmo (Iann Dior) is best known for his massively streamed songs "Emotions," "Romance361," "Problems," "gone girl," and "18." Now signed with Colombia Records, the Puerto Rican-American broke into the big leagues in 2020 with the help of his punker-than-you pals MGK and Travis Barker on "Sick and Tired." 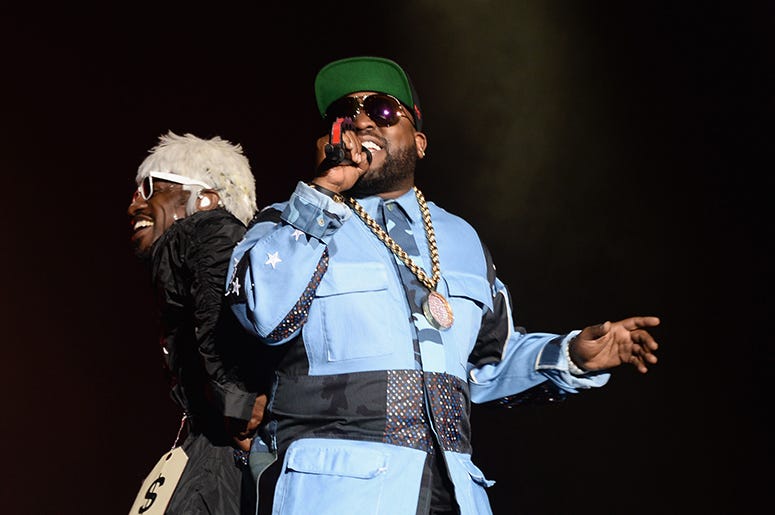 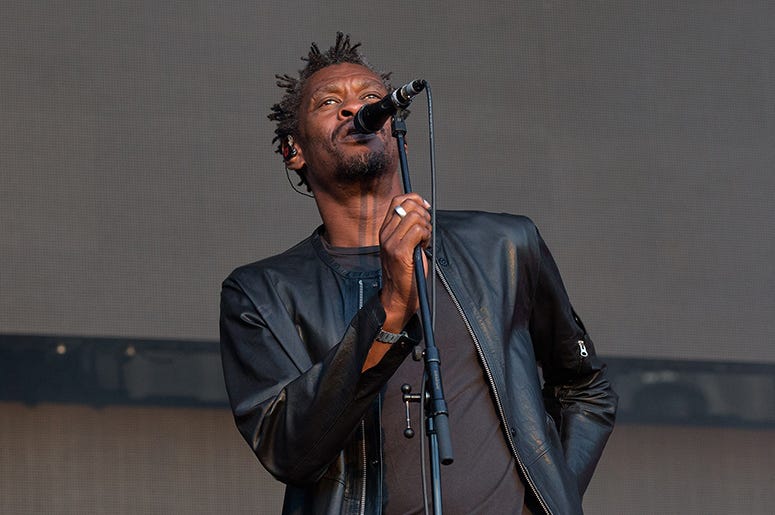 Award-winning British electronica act Massive Attack have been at it since their inception in 1988 with original members Robert "3D" Del Naja, Adrian "Tricky" Thaws, Andrew "Mushroom" Vowles and Grant "Daddy G" Marshall (pictured). Del Naja, Thaws and Marshall are now the remaining members with Shara Nelson and Horace Andy providing guest vocals. The group's 1991 album Blue Lines and 1998's Mezzanine, are both featured in Rolling Stone's list of the 500 Greatest Albums of All Time. 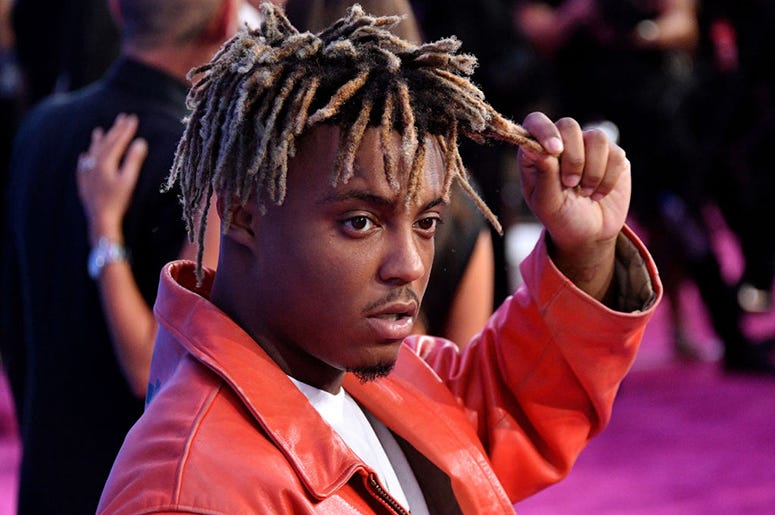 Late Chicago rapper, singer, and songwriter Jarad Anthony Higgins, best known as Juice WRLD, burst onto the scene with his emotionally driven "Lucid Dreams" which has been spun well over a billion times and peaked at number two on the Billboard Hot 100.