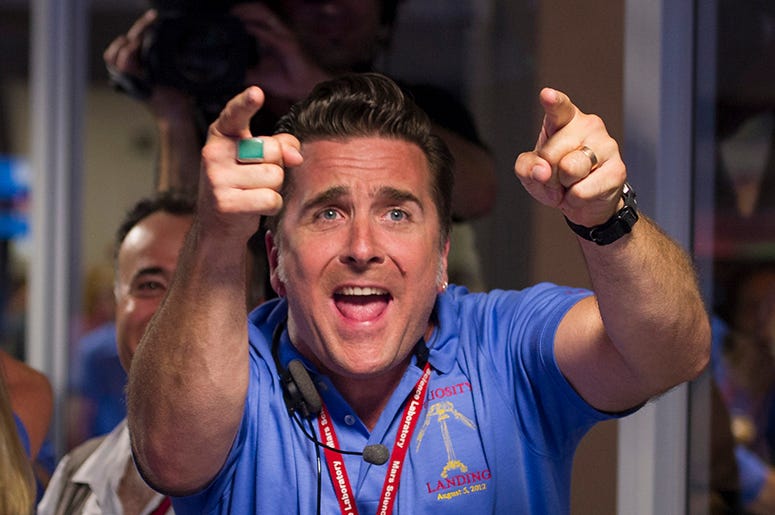 Direct from the surface of the red planet -- well, not really but that's certainly where his mind has been lately -- Chief Engineer for NASA's Mars 2020 Project Adam Steltzner joined RADIO.COM's Stryker & Klein to discuss all of the exciting news since last week's thrilling landing.

Since 2016, Steltzner has been hard at work leading his teams to get delicate instruments off of our homeworld and onto another a whopping 131 million miles away.

Launched on July 30, 2020 aboard an Atlas V rocket from the Kennedy Space Center in Florida, the payload of Mars 2020 -- the Perseverance rover and Ingenuity helicopter -- touched down on Mars on February 18, 2021. If those words weren't quite enough to give you chills, go ahead and just watch the landing. We'll wait.

For Steltzner, "the scariest part was yesterday around noon or one o'clock Pacific: The landing," he says. "The landing is by far the most dangerous part of the entire mission"

Steltzner described the heart-stopping descent onto Mars and what the teams hope to achieve over the next year and a half. "We got some pretty amazing images to start to come down last night," he says.

"We were up late watching those images... tune into the 10AM NASA press conferences and you'll see me physically, and other team members, walk you through some of those images."

There's a lot more science to come, so stay tuned.

Be sure to pick up Steltzner's book The Right Kind Of Crazy: A True Story Of Teamwork, Leadership, and High Stakes Innovation discusses some of the projects he’s worked on in the past -- including the Galileo, Cassini, and Mars Pathfinder missions, as well as the Mars Curiosity rover project from 2005 to 2012.

Listen to the full interview with Adam above, and don't miss his TED Talk To Mars and back, a lesson in failure for even more incredible science.