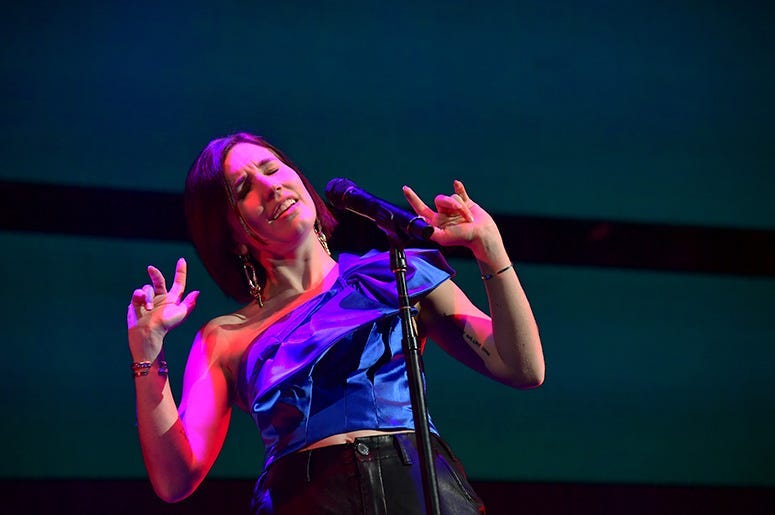 SHAED is back on the alt-pop electro scene releasing “No Other Way,” their first original single of the year.

The trio posted their song alongside an animated video graphic. Gold lines spell out a big “S” among a wooded terrain shrouded in black.

“No Other Way” serves as a detour from their mega hit “Trampoline,” invoking a frenetic jukebox vibe. Pops of bass drums carry the listener’s mind to a night out at the club. More pace. Harder hits. It’s the group’s most aggressive track in years.

This latest song must have fans chomping at the bit for SHAED’s next album. The group teased new music with a cryptic tweet, earlier this month. The candid selfie displays lead singer Chelsea Lee, Max and Spencer Ernst smiling with the cheeky caption “Still 🏡 and still making 🎶. Can’t wait to share it with you."

Still 🏡 and still making 🎶. Can’t wait to share it with you pic.twitter.com/ZbrNqMl9E5

During an intimate 2019 RADIO.COM performance of “Trampoline,” Chelsea expanded on the song’s personal meaning. “It’s about kind of embracing your biggest fears, and kind of coming to terms with them,” she said.

“Me personally I have an incredible fear of dying, so there’s all these different situations in ‘Trampoline’ where this girl is on the edge of life and death, and just kind of embraces it because she’s surrounded by love.”