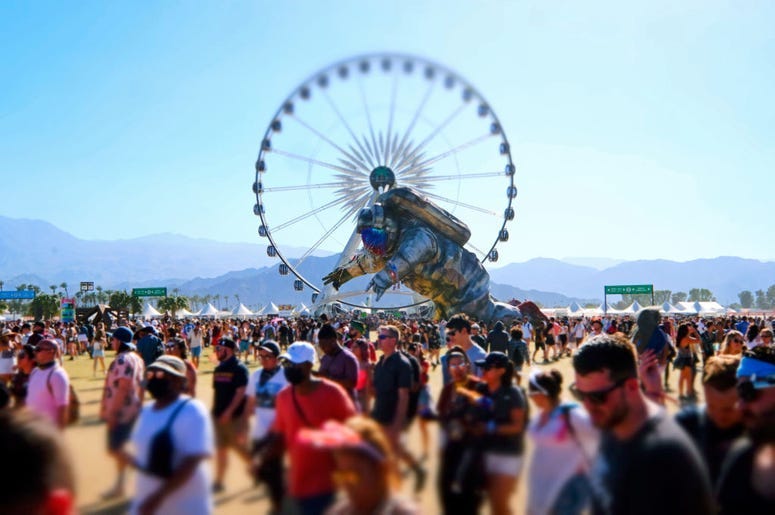 Coachella initially postponed their 2020 dates to two weekends in October of 2020. Over the summer those dates were pushed to April of 2021. Now the festival, whose headliners were slated to be Rage Against The Machine, Frank Ocean, and Travis Scott is set to be postponed for a third time to October 2021, per Rolling Stone.

Coachella is once again moving to the Fall in 2021.

According to sources the festival has been cautioning artist and promoters to prepare for a move to fall 2021 and the move was supposed to be announced in September, but has not been made official just yet.

This would put it in the middle of several other festivals that have pushed their dates to 2021 (Austin City Limits, Shaky Knees) and more that are seeming likely to push spring 2021 dates to fall of next year as the COVID-19 pandemic continues.

A move to spring 2022 altogether could also be likely according to a source cited by Rolling Stone. How much of the original 2020 lineup will be part of the eventual return of the festival is to be determined.