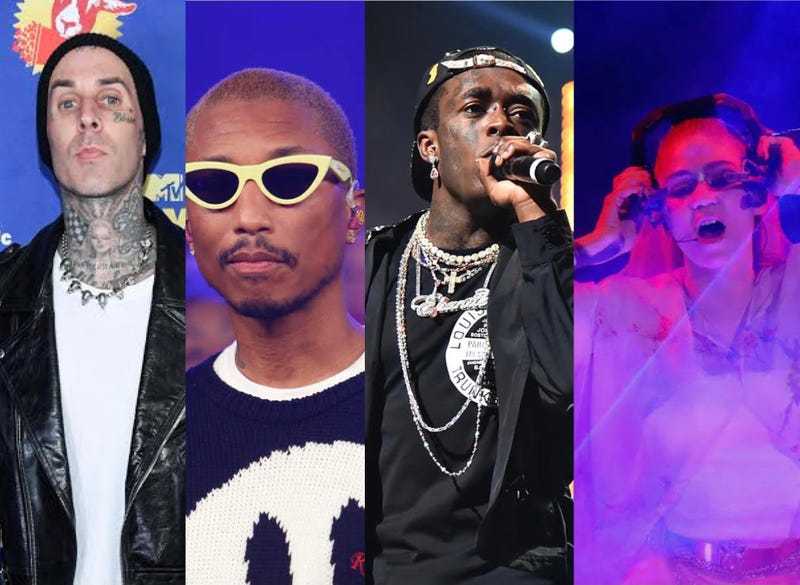 Last month Travis Barker confirmed that blink-182’s newest album would be arriving in 2021. The new project will serve as a follow-up to the band’s 2019 album, NINE.

Additionally, we can expect a handful of unexpected appearances on the new album, with features from Grimes, Lil Uzi Vert, and Pharrell. During an interview on the Rock This podcast, Travis told Allison Hagendorf, “there’s a lot of cool stuff.” Additionally, the drummer adds, “there’s like a song with Grimes right now that’s really, really cool that I love. There’s a song with Uzi that’s really, really cool that we did with Pharrell.”

Barker explains how each of the features from these artists fit into the sound of their upcoming album sharing, “I mean, it’s not like Blink’s making a rap song or anything. It’s like bringing Uzi over to our world. So it’s more of a punk kind of like reggae feeling song.” Travis vehemently adds, “I don’t think Blink will ever be anything but a pop-punk band.”

The artist goes on to ensure us that the band’s ever-evolving sound will always stay true to its pop-punk roots, sharing, “I mean, that’s who we are. And I feel like our fans have kind of journeyed with us when we’ve done songs like ‘Miss You’ or ballads like ‘Adam’s Song.’ But, like, we’re never going to veer too far off from what we are – like, I’m like a punk kid at heart, you know what I mean?”

Both Grimes and Lil Uzi Vert have a history together. This month Uzi and Grimes shared that they are “making hits,” in collaboration together. In 2019 the Dream Pop electronic artist revealed that she had produced an EP for the rapper, but Uzi had “never downloaded” the WeTransfer file.