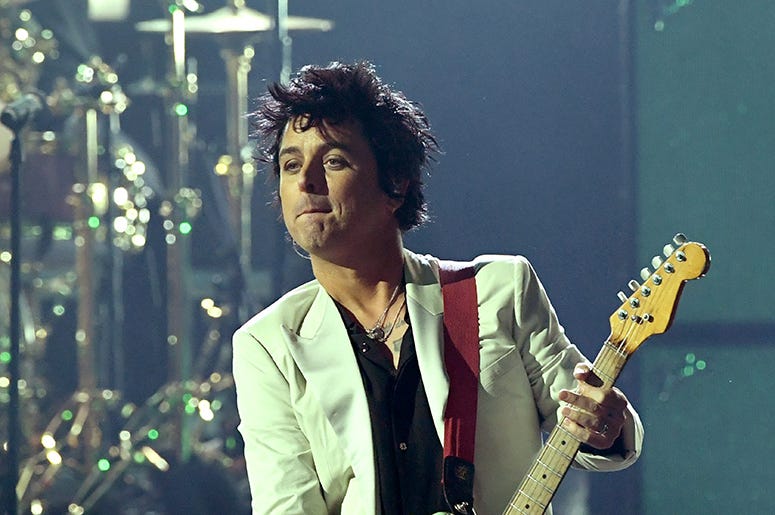 Although there were some hiccups in the broadcast -- that's what happens when you try to play hockey in the Nevada sun -- the NHL's house band, Green Day, premiered their new single "Here's Comes the Shock" this past Sunday.

You were warned of its impending arrival... and now you can get in a serious workout while you listen!

Expanding on their partnership with the National Hockey League, Green Day released a new track over the weekend during one of two outdoor NHL games, this time at the Colorado Avalanche and Las Vegas Golden Knights match up in Lake Tahoe. The timing of both games at the outdoor venue was pushed back, basically due to good weather, which caused some fans to miss the Bay Area band's latest premiere of new material since last year's album, Father of All....

But premiere it did, and the song's release was followed up with a brand new music video of a woman getting in a serious punk workout while listening along. The video's star is Hilken Mancini, an established "punk rock aerobics" instructor, and she gets through quite a few moves that fans will remember from the mosh pits of ye' olden times: Air guitar, "pogoing," "skanking," "Iggy's Punch," the "Whack Jack," and more are perfectly executed by Hilken.

Some notable omissions: "Picking Up Change," the "Windmill," and the "Spider" -- but we may be getting a little ahead of ourselves. Those were perhaps more "hardcore" than "punk rock" -- but we digress. There is one glaring oversight, however, that we just can't get out of our minds... 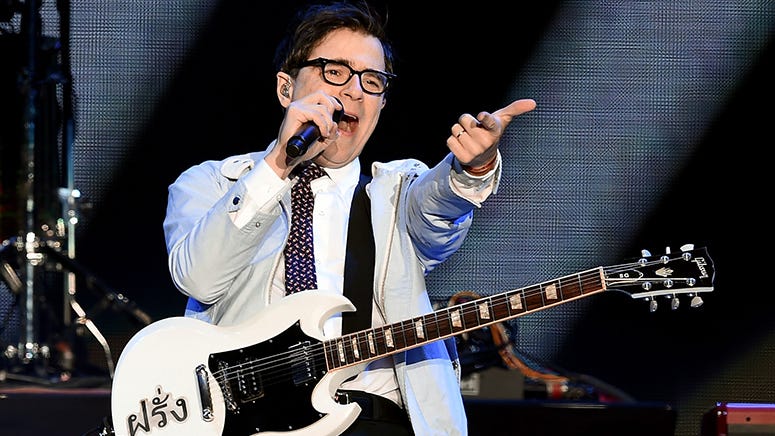 In the meantime, Weezer frontman Rivers Cuomo has been keeping fans of both bands on the edge of their seats with news of their plans to continue the HELLA MEGA TOUR in 2021 with Fall Out Boy and hints about a movie-musical project he's working on based off of Green Day's 2004 opus American Idiot.

WATCH MORE: From plays to weed... How bands like The Killers + Green Day got their name