Trump spoke from the Rose Garden on Friday afternoon, in his first public remarks since several news outlets projected Joe Biden to be the winner of the 2020 presidential election last Saturday.

The president said that as soon as April, a vaccine would be "available to the entire general population, with the exception of places like New York state."

“Where, for political reasons, the governor decided to say — and I don’t think it’s good, politically, I think it’s very bad from a health standpoint — but he wants to take his time with the vaccine,” Trump said, taking direct aim at Cuomo.

WATCH LIVE: President Trump speaks about Operation Warp Speed, the effort to develop a COVID-19 vaccine. It's his first time speaking to the press since his election defeat https://t.co/iCLElRtQyj https://t.co/q8wb45fPsT

The president said Cuomo "will have to let us know when he's ready for it."

“Otherwise we can’t be delivering it to a state that won’t be giving it to its people, immediately," Trump said. “So the governor will let us know when he’s ready."

"But we're ready to provide it as soon as they let us know that they'll actually use it," Trump said, adding that it's a "very safe and great vaccine."

In September, Cuomo said New York plans to establish an independent task force to ensure any coronavirus vaccines approved by the federal government is safe for residents to take.

Cuomo said the task force would ensure the vaccine is not rushed to the public, “because the federal government has shown they are incompetent on this issue.”

“Administering a vaccine to every New Yorker, this is a massive undertaking,” the governor said.

Cuomo says New York State will need around 40 million doses of any approved vaccines for the state’s population of roughly 19 million, because some vaccines could require two doses.

Shortly after the president made his remarks, Cuomo told MSNBC that "none of what [Trump] said is true.”

“He has issues with New York and he likes to point to New York,” Cuomo said. “But this is his issue. It’s his credibility issue. It’s the fear that he politicized the health process of this nation, which is a well-founded fear.”

On CNN, Cuomo said "luckily [Trump] won't be here" in April, and added "what the president says is just untrue."

The governor said New York's scientific panel will review the FDA's vaccine approval process to "give people confidence in the approval process" and "to establish the credibility that they don't have in President Trump because they believe he politicized the health process."

Cuomo believes that will help build public confidence in the vaccine.

He said the state's review will run simultaneous with the federal government's process and stressed there will be no delay in the delivery of the vaccine to New York.

"There will be no delay, as soon as they get us the drug, we are ready to distribute it," Cuomo said.

The governor said Trump tries to "bully governors" and Cuomo vowed, "I'm not going to let a bully push New Yorkers around."

New York State Attorney General Letitia James took to Twitter to say, "Any attempt by Donald Trump to deny New York access to a lifesaving COVID-19 vaccine will be met with a lawsuit, plain and simple. Stop playing politics with people's lives."

Any attempt by Donald Trump to deny New York access to a lifesaving #COVID19 vaccine will be met with a lawsuit, plain and simple.

The news comes after Pfizer reported this week that its COVID-19 vaccine trial was proven to be 90% effective, far exceeding "any and all expectations," the president said.

Trump said a vaccine would ship in "a matter of weeks'' to frontline workers, the elderly and high-risk individuals, pending emergency approvals by the Food and Drug Administration.

Pfizer sign an agreement with the U.S. government in July worth nearly $2 billion to supply 100 million doses, if the vaccine pans out and is cleared by the FDA. 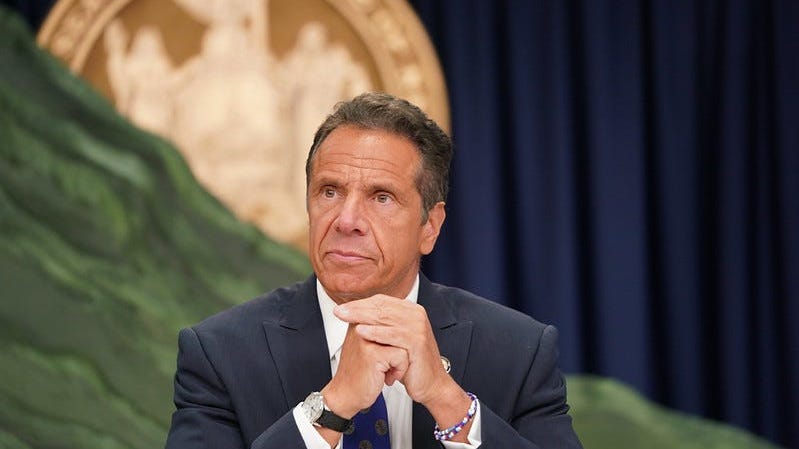 'There is no legitimate health reason': Cuomo slams feds for seeking ID numbers for vaccine patients 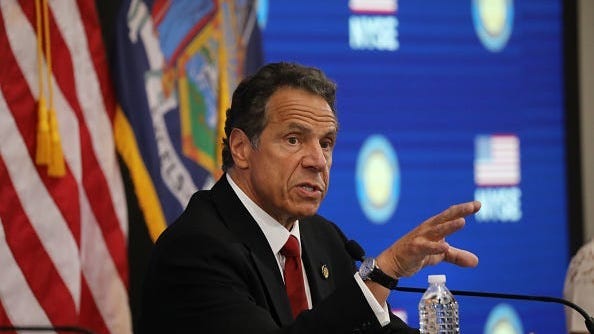 ‘Where do we go from here with COVID?’: Cuomo requests meeting with Trump on pandemic plan